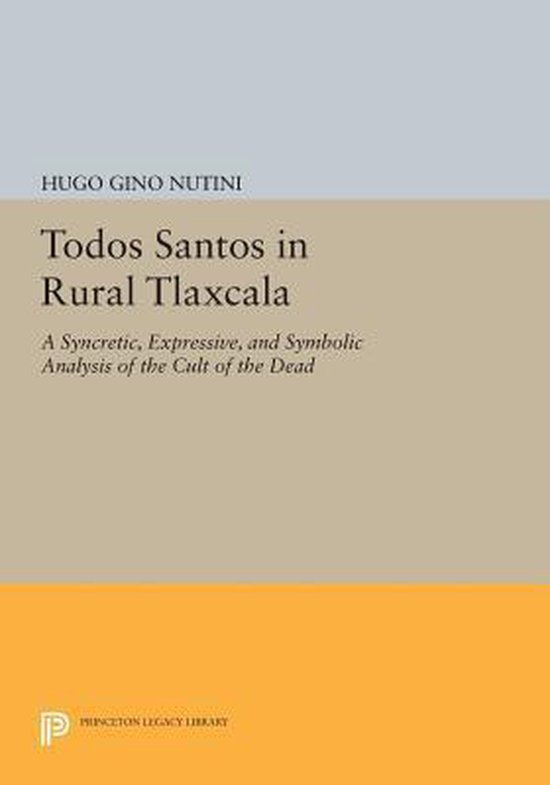 The cult of the dead, centered on Todos Santos, the All Saints Day-All Souls Day celebration, is one of the most important aspects of Mesoamerican Indian and mestizo religion. Focusing on rural Tlaxcala, in Mexico, Hugo Nutini presents a thorough description and analysis of the cult in its syncretic, structural, and expressive dimensions and describes its development from the original confrontation of pre-Hispanic polytheism and Spanish Catholicism, through colonial times, until the disintegration of the system of folk religions that is even now occurring. The discussion of the expressive component of the cult of the dead is a crucial contribution of the study. Professor Nutini shows that symbolism can be an adjunct to expressive studies, but not an end in itself. In addition, he postulates a theory that may serve as a model for studies of the combination and reconciliation of religious beliefs in other contexts. Emphasizing folk theology, teleology, and eschatology, rather than the mechanical and administrative components more frequently studied in works on Mesoamerican Indian and mestizo religions, he concludes that the local system is monolatrous, rather than monotheistic. Originally published in 1988. The Princeton Legacy Library uses the latest print-on-demand technology to again make available previously out-of-print books from the distinguished backlist of Princeton University Press. These editions preserve the original texts of these important books while presenting them in durable paperback and hardcover editions. The goal of the Princeton Legacy Library is to vastly increase access to the rich scholarly heritage found in the thousands of books published by Princeton University Press since its founding in 1905.