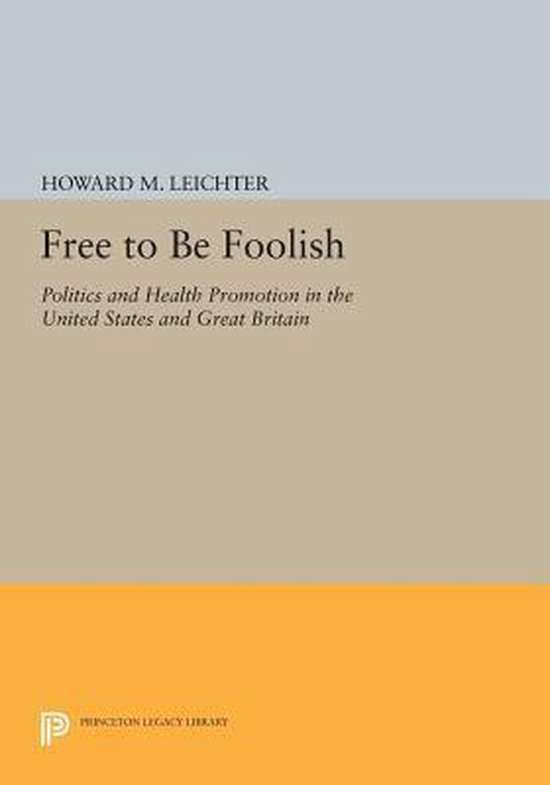 Each of us is, to a certain extent, dangerous to his or her own health, but how far do we want the government to curb our freedom to be foolish ? In a look at such highly charged health issues as smoking, alcohol, road safety, and AIDS, Howard Leichter analyzes the efforts of the United States and Great Britain to confront the seemingly constant tension involved with this question. Leichter contends that both governments are now paying less attention to providing access to health care and more to forcing or encouraging people to change their behavior. The result has been a transformation of health politics from a largely consensual to a largely conflictual enterprise: health promotion policies often provoke debate on issues filled with scientific uncertainties, while taking on the quality of a disagreeable moral crusade. A primary concern of this book is to account for the differences, as well as the similarities, between the two countries in their public health policies. Leichter examines, for example, why seat belt regulation flourished in the American states even when federal action was blocked while, in Britain's more concentrated political structure, similar regulation faced a tortuous political path through the Lords and Commons. Finding that the United States is more apt to use formal regulation and that Britain tends toward voluntary agreement, Leichter compares the two approaches. Neither government avoids conflict, he maintains, but regulation, despite its problems, is more effective. Originally published in 1991. The Princeton Legacy Library uses the latest print-on-demand technology to again make available previously out-of-print books from the distinguished backlist of Princeton University Press. These editions preserve the original texts of these important books while presenting them in durable paperback and hardcover editions. The goal of the Princeton Legacy Library is to vastly increase access to the rich scholarly heritage found in the thousands of books published by Princeton University Press since its founding in 1905.