The Politics of Technological Change in Prussia 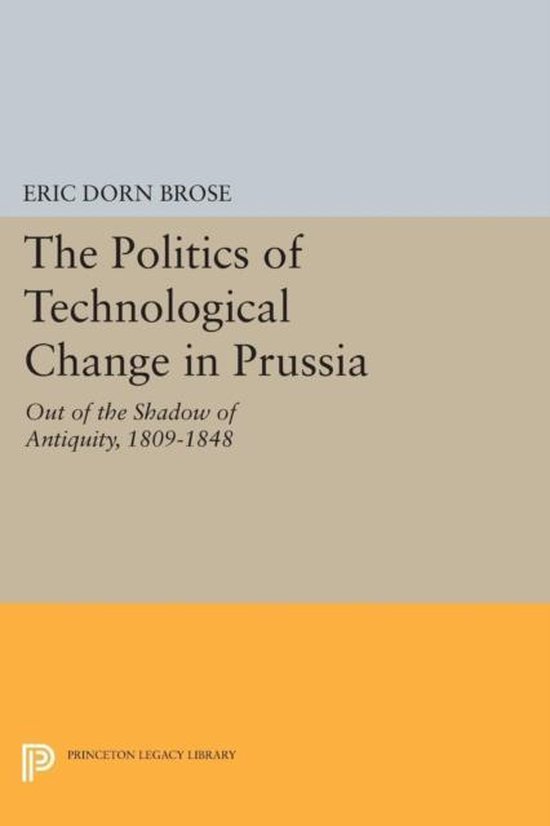 Throughout the 1800s the process of industrialization contributed to painful social upheaval and wrenching political readjustments in the Kingdom of Prussia, traditionally viewed as Europe's great, modernizing, economic leader. This book illuminates the early years of this transition by examining the contradictory economic policies adopted by the state after Prussia's defeat by Napoleon. A fascinating history of modernization emerges as Eric Dorn Brose explores competing visions among soldiers, businessmen, and bureaucrats, who, largely influenced by the ideals of classical antiquity, conceived of industry in ways quite different from what it actually came to be. Brose focuses on the varying attitudes of Prussians toward their own times, the nature of the Prussian state, and the ways the state both helped and hindered early industrialization. In a highly nuanced analysis of the rivaling intrastate agencies, cultures, and political factions that shaped state policy, he accords a pivotal role to Frederick William III. Included is an investigation of the political struggle over ownership, control, and promotion of the forces of production--a crisis that was only gradually resolved at the end of the century. Originally published in 1993. The Princeton Legacy Library uses the latest print-on-demand technology to again make available previously out-of-print books from the distinguished backlist of Princeton University Press. These editions preserve the original texts of these important books while presenting them in durable paperback and hardcover editions. The goal of the Princeton Legacy Library is to vastly increase access to the rich scholarly heritage found in the thousands of books published by Princeton University Press since its founding in 1905.