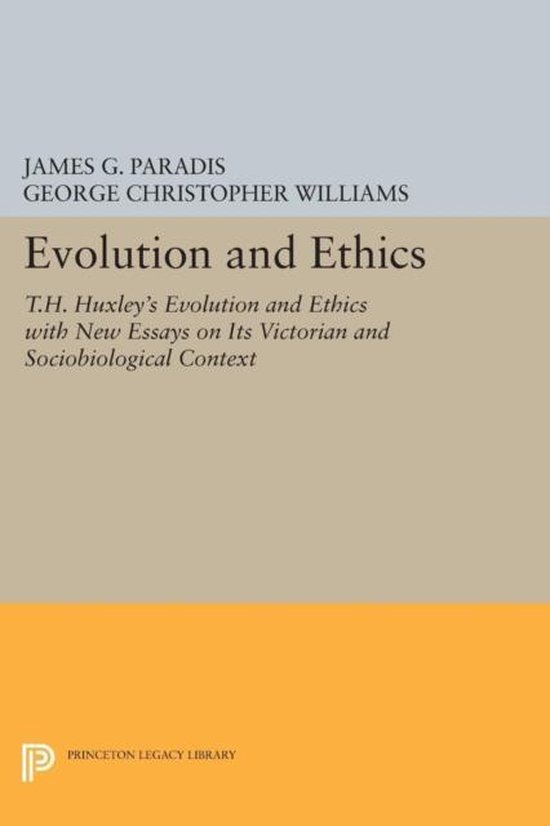 T. H. Huxley (1825-1895) was not only an active protagonist in the religious and scientific upheaval that followed the publication of Darwin's theory of evolution but also a harbinger of the sociobiological debates about the implications of evolution that are now going on. His seminal lecture Evolution and Ethics, reprinted here with its introductory Prolegomena, argues that the human psyche is at war with itself, that humans are alienated in a cosmos that has no special reference to their needs, and that moral societies are of necessity in conflict with the natural conditions of their existence. Seen in the light of current understanding of the mechanisms of evolution, these claims remain as controversial today as they were when Huxley proposed them. In this volume George Williams, one of the best-known evolutionary biologists of our time, asserts that recent biological ideas and data justify a more extreme condemnation of the cosmic process than Huxley advocated and more extreme denial that the forces that got us here are capable of maintaining a viable world. James Paradis, an expert in Victorian studies, has written an introduction that sets the celebrated lecture in the context of cultural history, revealing it to be an impressive synthesis of Victorian thinking, as well as a challenge to eighteenth-century assumptions about the harmony of of nature. With Huxley's lecture as a focal point, the three parts of this book unite philosophy and science in a shared quest that recalls their common origins as systems of knowledge. Originally published in 1989. The Princeton Legacy Library uses the latest print-on-demand technology to again make available previously out-of-print books from the distinguished backlist of Princeton University Press. These editions preserve the original texts of these important books while presenting them in durable paperback and hardcover editions. The goal of the Princeton Legacy Library is to vastly increase access to the rich scholarly heritage found in the thousands of books published by Princeton University Press since its founding in 1905.