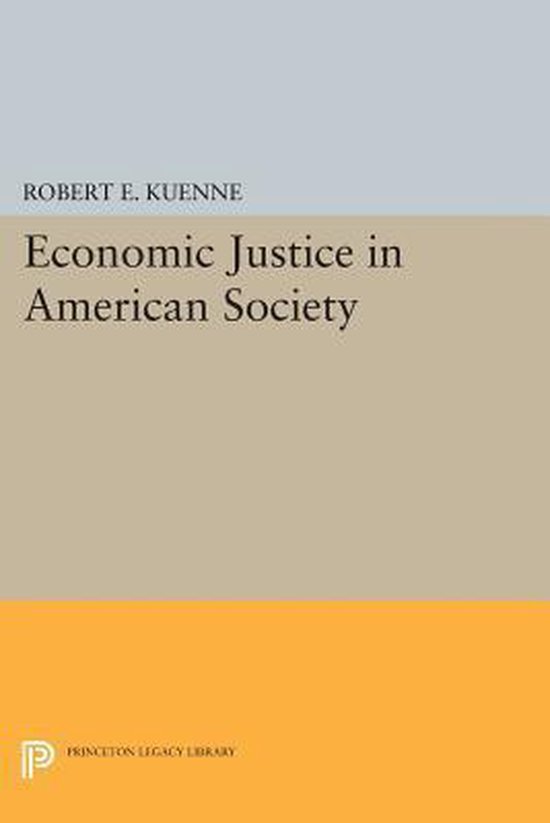 America is entering a new age of economic discord, warns Robert E. Kuenne. In addition to a panoply of other structural economic troubles, the nation must now confront unprecedented demands for the kind of distributive justice that will meet the needs of the elderly, handicapped, and impoverished. Furthermore, American society faces the pressing problems of the disadvantaged with no explicit code of economic justice. Claims to various kinds of government entitlements are based increasingly on appeals to economic justice, but no real national agreement exists on what that expression means. In this ambitious work, Kuenne sets out to remedy this want of consensus. After an extensive evaluation of earlier thinking about distributive justice, Kuenne proposes a new theory, dualistic individualism, that is consistent with the American ethos of political and economic liberalism. He then frames a formal Bill of Economic Rights and Obligations, which defines proper governmental conduct in the economic terrain as the American Constitution does in the political. Defending a form of governmental policy that strikes a balance between the egoistic and compassionate elements of American individualism, Kuenne also considers the practical tasks of program implementation, and goes on to assess the feasibility of meeting concrete redistributive goals over the next thirty years. His thorough investigation of one of the country's most urgent predicaments could do much to stimulate debate over the ad hoc and unprincipled distributive policies that now prevail in the United States. Originally published in 1993. The Princeton Legacy Library uses the latest print-on-demand technology to again make available previously out-of-print books from the distinguished backlist of Princeton University Press. These editions preserve the original texts of these important books while presenting them in durable paperback and hardcover editions. The goal of the Princeton Legacy Library is to vastly increase access to the rich scholarly heritage found in the thousands of books published by Princeton University Press since its founding in 1905.