Who Are the Criminals? 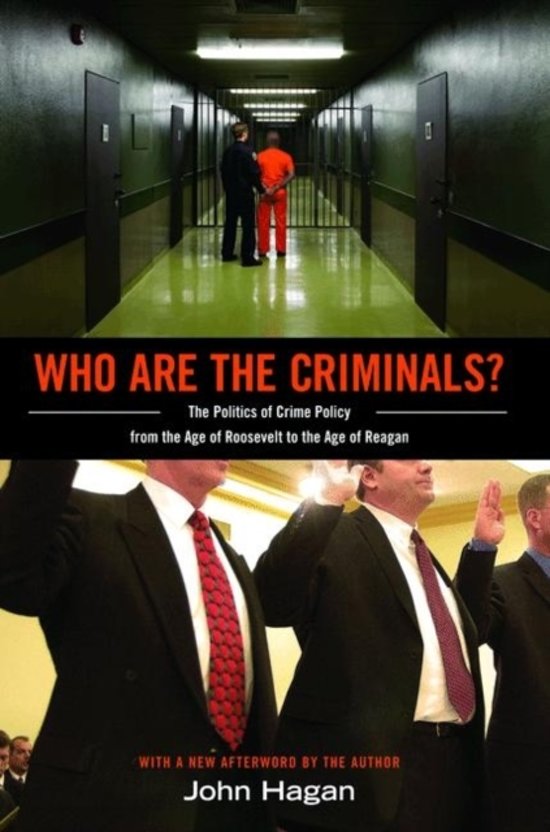 How did the United States go from being a country that tries to rehabilitate street criminals and prevent white-collar crime to one that harshly punishes common lawbreakers while at the same time encouraging corporate crime through a massive deregulation of business? Why do street criminals get stiff prison sentences, a practice that has led to the disaster of mass incarceration, while white-collar criminals, who arguably harm more people, get slaps on the wrist--if they are prosecuted at all? In Who Are the Criminals?, one of America's leading criminologists provides new answers to these vitally important questions by telling how the politicization of crime in the twentieth century transformed and distorted crime policymaking and led Americans to fear street crime too much and corporate crime too little. John Hagan argues that the recent history of American criminal justice can be divided into two eras--the age of Roosevelt (roughly 1933 to 1973) and the age of Reagan (1974 to 2008). A focus on rehabilitation, corporate regulation, and the social roots of crime in the earlier period was dramatically reversed in the later era. In the age of Reagan, the focus shifted to the harsh treatment of street crimes, especially drug offenses, which disproportionately affected minorities and the poor and resulted in wholesale imprisonment. At the same time, a massive deregulation of business provided new opportunities, incentives, and even rationalizations for white-collar crime--and helped cause the 2008 financial crisis and subsequent recession. The time for moving beyond Reagan-era crime policies is long overdue, Hagan argues. The understanding of crime must be reshaped and we must reconsider the relative harms and punishments of street and corporate crimes. In a new afterword, Hagan assesses Obama's policies regarding the punishment of white-collar and street crimes and debates whether there is any evidence of a significant change in the way our country punishes them.