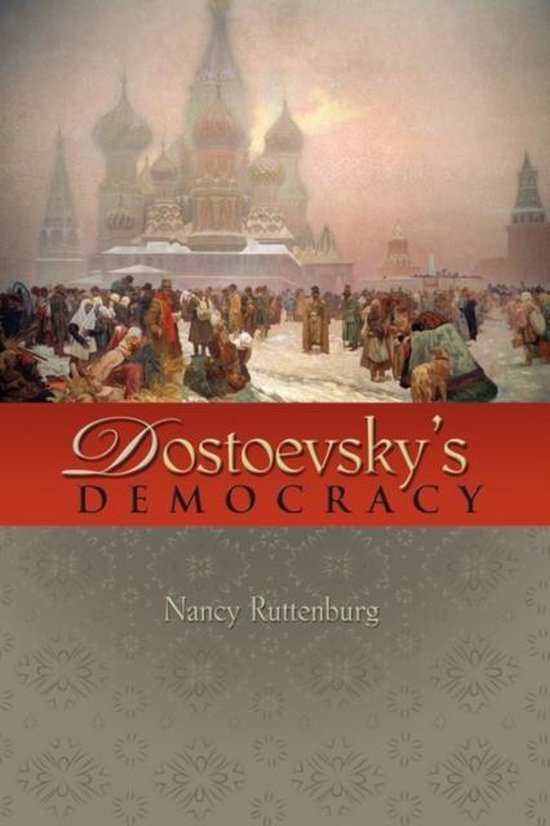 Dostoevsky's Democracy offers a major reinterpretation of the life and work of the great Russian writer by closely reexamining the crucial transitional period between the early works of the 1840s and the important novels of the 1860s. Sentenced to death in 1849 for utopian socialist political activity, the 28-year-old Dostoevsky was subjected to a mock execution and then exiled to Siberia for a decade, including four years in a forced labor camp, where he experienced a crisis of belief. It has been influentially argued that the result of this crisis was a conversion to Russian Orthodoxy and reactionary politics. But Dostoevsky's Democracy challenges this view through a close investigation of Dostoevsky's Siberian decade and its most important work, the autobiographical novel Notes from the House of the Dead (1861). Nancy Ruttenburg argues that Dostoevsky's crisis was set off by his encounter with common Russians in the labor camp, an experience that led to an intense artistic meditation on what he would call Russian democratism. By tracing the effects of this crisis, Dostoevsky's Democracy presents a new understanding of Dostoevsky's aesthetic and political development and his role in shaping Russian modernity itself, especially in relation to the preeminent political event of his time, peasant emancipation.