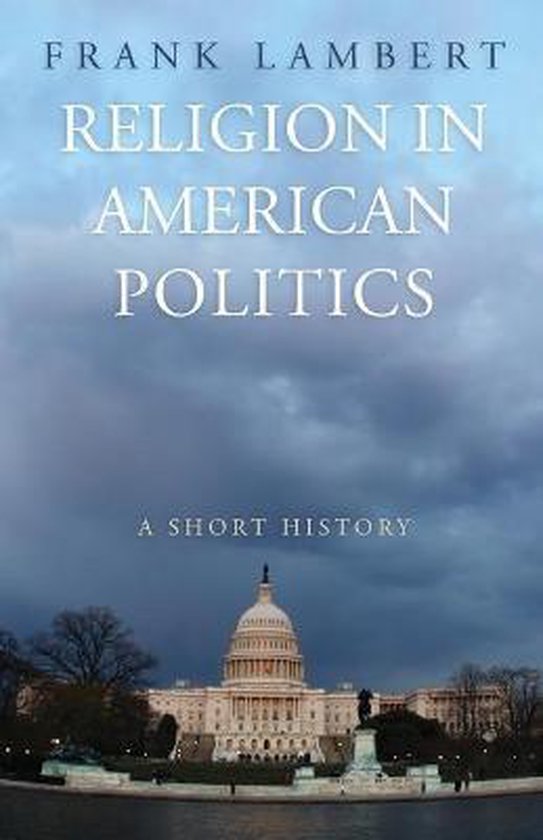 The delegates to the 1787 Constitutional Convention blocked the establishment of Christianity as a national religion. But they could not keep religion out of American politics. From the election of 1800, when Federalist clergymen charged that deist Thomas Jefferson was unfit to lead a Christian nation, to today, when some Democrats want to embrace the so-called Religious Left in order to compete with the Republicans and the Religious Right, religion has always been part of American politics. In Religion in American Politics, Frank Lambert tells the fascinating story of the uneasy relations between religion and politics from the founding to the twenty-first century. Lambert examines how antebellum Protestant unity was challenged by sectionalism as both North and South invoked religious justification; how Andrew Carnegie's Gospel of Wealth competed with the anticapitalist Social Gospel during postwar industrialization; how the civil rights movement was perhaps the most effective religious intervention in politics in American history; and how the alliance between the Republican Party and the Religious Right has, in many ways, realized the founders' fears of religious-political electoral coalitions. In these and other cases, Lambert shows that religion became sectarian and partisan whenever it entered the political fray, and that religious agendas have always mixed with nonreligious ones. Religion in American Politics brings rare historical perspective and insight to a subject that was just as important--and controversial--in 1776 as it is today.