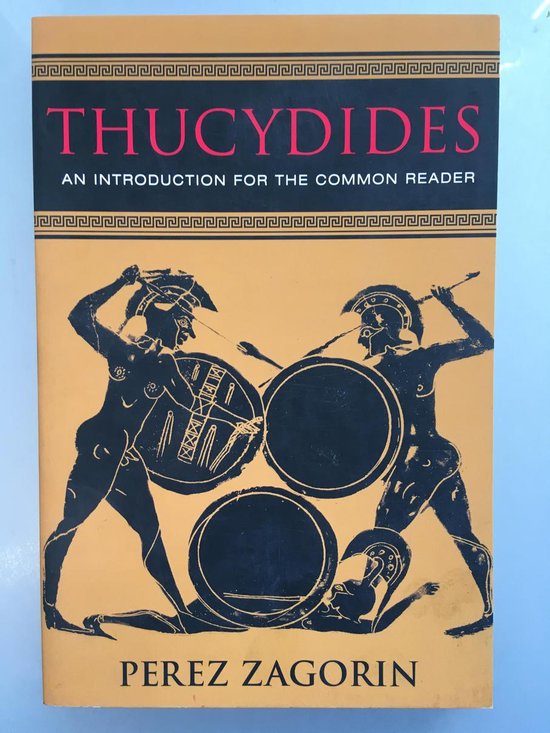 This book is a concise, readable introduction to the Greek author Thucydides, who is widely regarded as one of the foremost historians of all time. Why does Thucydides continue to matter today? Perez Zagorin answers this question by examining Thucydides' landmark History of the Peloponnesian War, one of the great classics of Western civilization. This history, Zagorin explains, is far more than a mere chronicle of the conflict between Athens and Sparta, the two superpowers of Greece in the fifth century BCE. It is also a remarkable story of politics, decision-making, the uses of power, and the human and communal experience of war. Zagorin maintains that the work remains of permanent interest because of the exceptional intellect that Thucydides brought to the writing of history, and to the originality, penetration, and the breadth and intensity of vision that inform his narrative. The first half of Zagorin's book discusses the intellectual and historical background to Thucydides' work and its method, structure, and view of the causes of the war. The following chapters deal with Thucydides' portrayal of the Athenian leader Pericles and his account of some of the main episodes of the war, such as the revolution in Corcyra and the Athenian invasion of Sicily. The book concludes with an insightful discussion of Thucydides as a thinker and philosophic historian. Designed to introduce both students and general readers to a work that is an essential part of a liberal education, this book seeks to encourage readers to explore Thucydides--one of the world's greatest historians--for themselves.