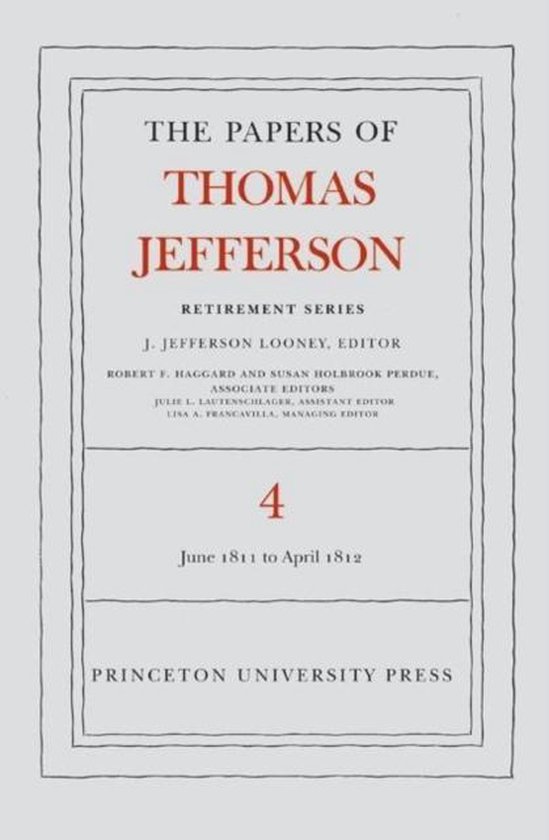 Volume Four of this definitive edition of Thomas Jefferson's papers from the end of his presidency until his death includes 581 documents from 18 June 1811 to 30 April 1812. Between these two dates, Jefferson famously declares that, "tho' an old man, I am but a young gardener"; expresses hostility to dogs and joins in a petition for a tax to reduce their numbers; calculates lines for a horizontal sundial; surveys part of his Bedford County estate; and draws up work schedules for his Poplar Forest plantation and detailed slave lists for Poplar Forest and Monticello. Jefferson also takes readings of a solar eclipse; attempts to determine Monticello's longitude; measures Willis Mountain; and calls for a fixed international standard for measures, weights, and coins. Joseph Milligan publishes a revised edition of Jefferson's Manual of Parliamentary Practice in March 1812, and Jefferson sends William Wirt a detailed and colorful but largely negative portrait of Patrick Henry for use in his biography of the Virginia orator. Finally, and perhaps of greatest importance to posterity, in January 1812 correspondence resumes between Jefferson and his old friend John Adams, after a long hiatus resulting from their rivalry for the presidency in 1800.