Democratic Breakdown and the Decline of the Russian Military 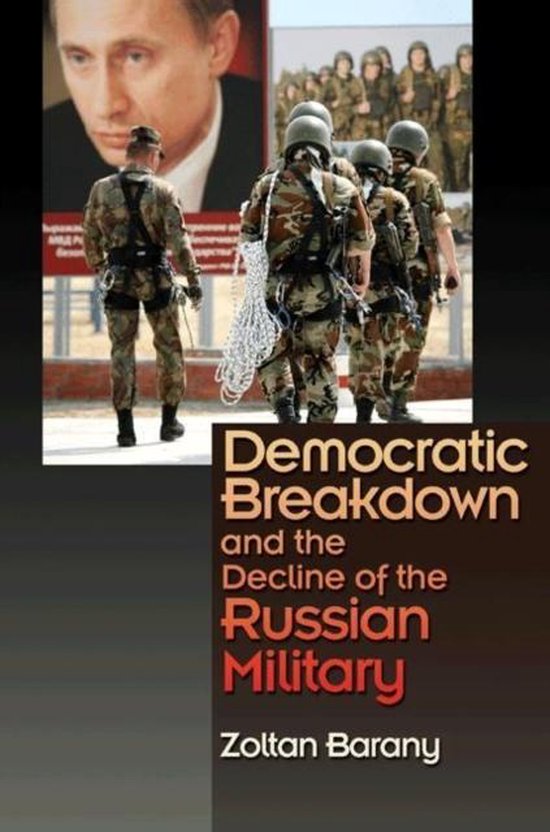 Why have Russian generals acquired an important political position since the Soviet Union's collapse while at the same time the effectiveness of their forces has deteriorated? Why have there been no radical defense reforms in Russia since the end of the cold war, even though they were high on the agenda of the country's new president in 2000? Democratic Breakdown and the Decline of the Russian Military explains these puzzles as it paints a comprehensive portrait of Russian military politics. Zoltan Barany identifies three formative moments that gave rise to the Russian dilemma. The first was Gorbachev's decision to invite military participation in Soviet politics. The second was when Yeltsin acquiesced to a new political system that gave generals a legitimate political presence. The third was when Putin not only failed to press for needed military reforms but elevated numerous high-ranking officers to prominent positions in the federal administration. Included here are Barany's insightful analysis of crisis management following the sinking of the Kursk submarine, a systematic comparison of the Soviet/Russian armed forces in 1985 and the present, and compelling accounts of the army's political role, the elusive defense reform, and the relationship between politicians and generals. Barany offers a rare look at the world of contemporary military politics in an increasingly authoritarian state. Destined to become a classic in post-Soviet studies, this book reminds us of the importance of the separation of powers as a means to safeguard democracy.