A Place on the Team 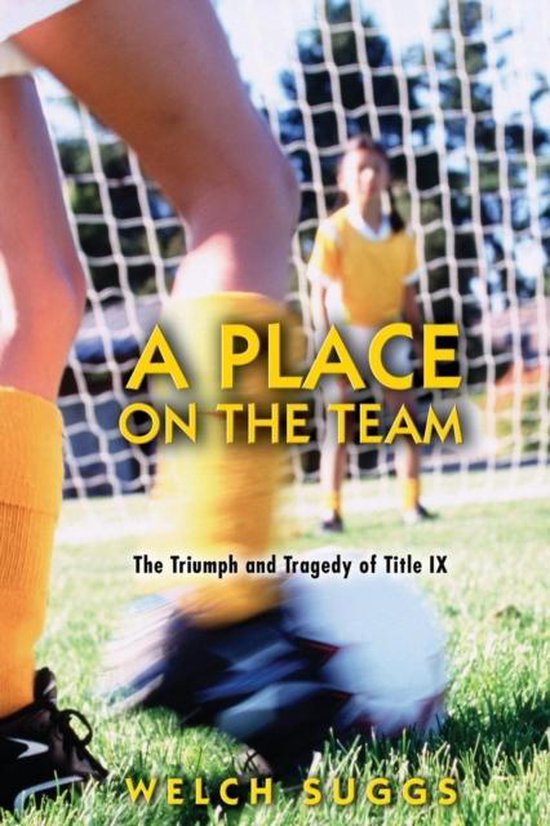 A Place on the Team is the inside story of how Title IX revolutionized American sports. The federal law guaranteeing women's rights in education, Title IX opened gymnasiums and playing fields to millions of young women previously locked out. Journalist Welch Suggs chronicles both the law's successes and failures-the exciting opportunities for women as well as the commercial and recruiting pressures of modern-day athletics. Enlivened with tales from Suggs's reportage, the book clears up the muddle of interpretation and opinion surrounding Title IX. It provides not only a lucid description of how courts and colleges have read (and misread) the law, but also compelling portraits of the people who made women's sports a vibrant feature of American life. What's more, the book provides the first history of the law's evolution since its passage in 1972. Suggs details thirty years of struggles for equal rights on the playing field. Schools dragged their feet, offering token efforts for women and girls, until the courts made it clear that women had to be treated on par with men. Those decisions set the stage for some of the most celebrated moments in sports, such as the Women's World Cup in soccer and the Women's Final Four in NCAA basketball. Title IX is not without its critics. Wrestlers and other male athletes say colleges have cut their teams to comply with the law, and Suggs tells their stories as well. With the chronicles of Pat Summitt, Anson Dorrance, and others who shaped women's sports, A Place on the Team is a must-read not only for sports buffs but also for parents of every young woman who enters the arena of competitive sports.