The Collected Papers of Albert Einstein, Volume 10: The Berlin Years 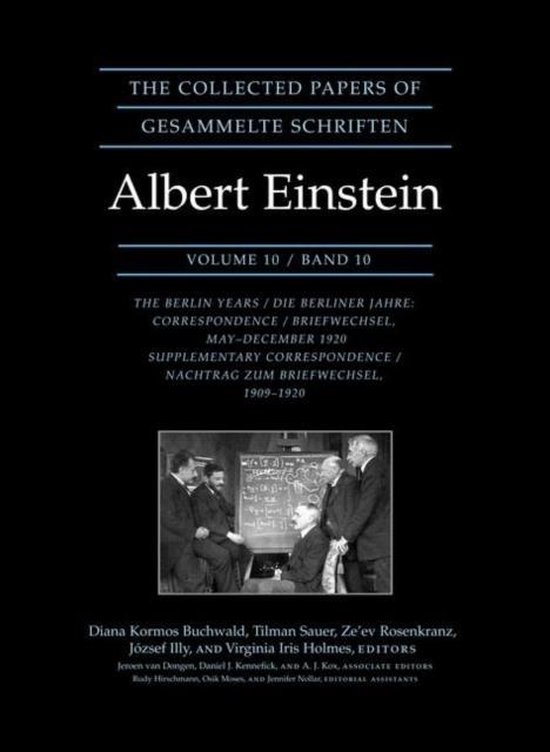 The first half of this volume presents a substantial amount of heretofore unavailable correspondence. From among family letters closed for twenty years after the death of Margot Einstein, who donated them to the Albert Einstein Archives in Jerusalem, the volume presents, for the first time, letters written by Einstein's sons, the adolescent Hans Albert and little Eduard, and numerous letters written by Einstein to his cousin and future second wife Elsa Einstein. Combined with newly available correspondence with his close friend Heinrich Zangger, this supplementary correspondence provides vivid and intimate details of Einstein's private life. It documents the emotional bonds to his family and friends; the severe deprivations caused by the war to family members in Berlin and Zurich; the fragile health of Mileva Einstein-Maric during these years of separation and divorce; the worries and joys of caring for the sons; and Einstein's views on German and international politics during this turbulent period. The second half finds Einstein full of optimism about Germany's new democracy. He vigorously promotes general relativity and the endeavors of other scientists toward its further confirmation. He responds to the rising interest in his work among philosophers, as attested by correspondence with M. Schlick, H. Reichenbach, R. Carnap, E. Cassirer, and H. Vaihinger. And yet he is embroiled in vociferous, politically tinged, public attacks on his theory of relativity. He considers leaving Berlin, which would have deprived the Weimar Republic of its most famous scientist. In many letters, colleagues, friends, and unknown admirers offer support. Einstein travels to Leyden, where he is appointed a visiting professor and where, in the circle of friends such as P. Ehrenfest, H. A. Lorentz, and H. Kamerlingh Onnes, he is involved in lively debates on issues related to quantum physics. He visits Oslo and Copenhagen, where he meets with N. Bohr, and receives invitations to the United States, anticipating his first visit to the New World in 1921. ENGLISH TRANSLATION: A translation of selected non-English texts included in Volume 10 is available in paperback, http://www.pupress.princeton.edu/titles/8332.html. Since this supplementary paperback includes only select portions of Volume 10, it is not recommended for purchase without the main volume.