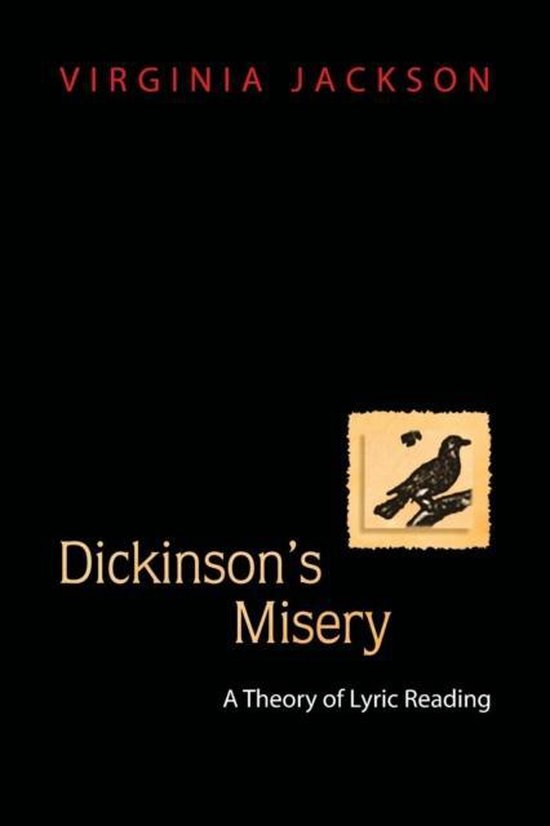 How do we know that Emily Dickinson wrote poems? How do we recognize a poem when we see one? In Dickinson's Misery, Virginia Jackson poses fundamental questions about reading habits we have come to take for granted. Because Dickinson's writing remained largely unpublished when she died in 1886, decisions about what it was that Dickinson wrote have been left to the editors, publishers, and critics who have brought Dickinson's work into public view. The familiar letters, notes on advertising fliers, verses on split-open envelopes, and collections of verses on personal stationery tied together with string have become the Dickinson poems celebrated since her death as exemplary lyrics. Jackson makes the larger argument that the century and a half spanning the circulation of Dickinson's work tells the story of a shift in the publication, consumption, and interpretation of lyric poetry. This shift took the form of what this book calls the lyricization of poetry, a set of print and pedagogical practices that collapsed the variety of poetic genres into lyric as a synonym for poetry. Featuring many new illustrations from Dickinson's manuscripts, this book makes a major contribution to the study of Dickinson and of nineteenth-century American poetry. It maps out the future for new work in historical poetics and lyric theory.