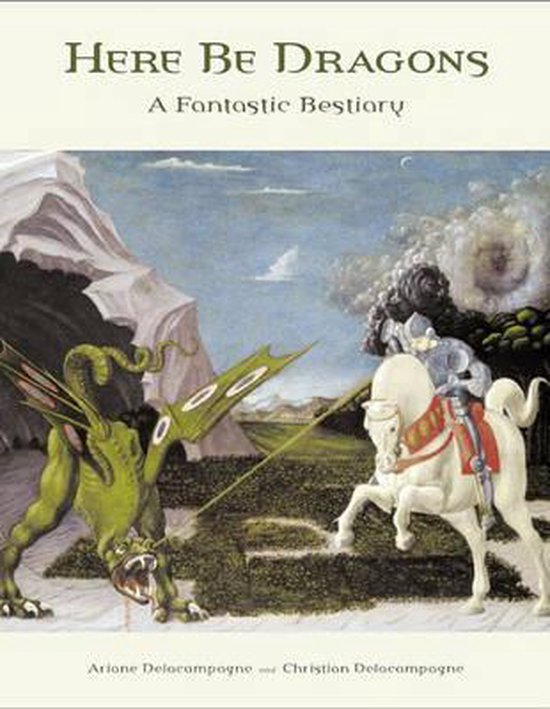 Sphinxes, hydras, chimeras, dragons, unicorns, griffins, sirens, and centaurs--fantastic animals can be found in works from Greek vases to paintings by Bosch, Goya, and Picasso, from folk art to comic strips, advertising, and Hollywood movies. Here Be Dragons is a lavishly illustrated compendium of the marvelous menagerie of imaginary animals that humans have conjured up over the ages. Ariane and Christian Delacampagne take us on a visually and intellectually riveting journey through five thousand years of art, examining the symbolic meanings of such creatures and what they say about the unconscious life of the human mind. In the Middle Ages, bestiary referred to an edifying poem, in Latin or French verse, in which the moral characteristics of real or imaginary animals were highlighted. With the passing of time, this once-flourishing genre disappeared. We have ceased to equate animals that can be observed with those we only dream of, but neither science nor mass culture has managed to chase away imaginary beasts. Such creatures continue to haunt us, just as they haunted our ancestors. In the first book to explore this subject with such cross-cultural and chronological range, the Delacampagnes identify five basic structures (unicorn, human-headed animal, animal-headed human, winged quadruped, and dragon) whose stories they relate from prehistory to the present day. They also provide fascinating sociological and psychoanalytical insight into the processes through which artists have created these astonishing animals and how they have been transmitted from culture to culture. Contrary to what people once believed, the fantastic exists only in the mind. And yet, as Here Be Dragons shows us, it is one of the mind's most sophisticated, mysterious, and inspiring creations.