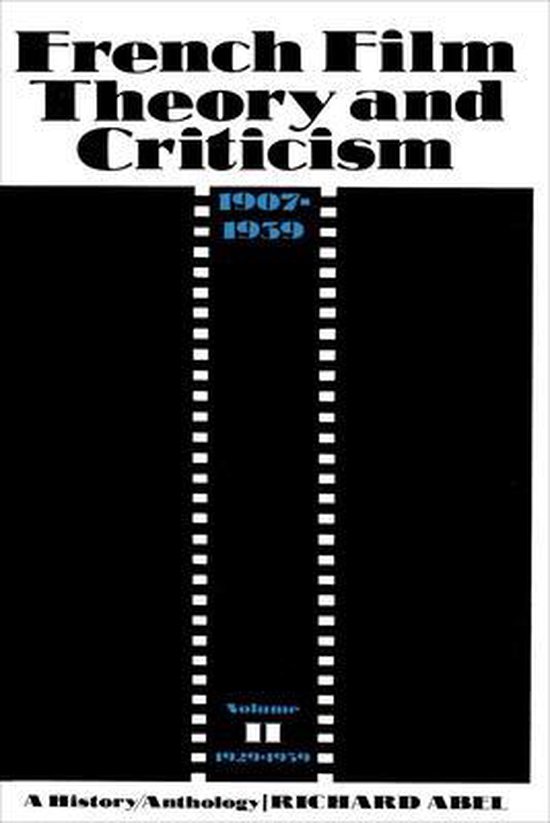 These two volumes examine a significant but previously neglected moment in French cultural history: the emergence of French film theory and criticism before the essays of Andr Bazin. Richard Abel has devised an organizational scheme of six nearly symmetrical periods that serve to bite into the discursive flow of early French writing on the cinema. Each of the periods is discussed in a separate and extensive historical introduction, with convincing explications of the various concepts current at the time. In each instance, Abel goes on to provide a complementary anthology of selected texts in translation. Amounting to a portable archive, these anthologies make available a rich selection of nearly one hundred and fifty important texts, most of them never before published in English.