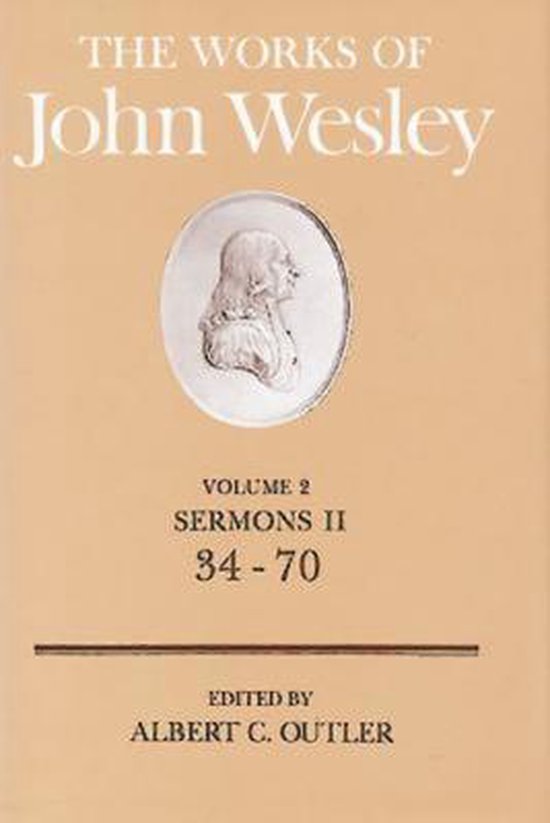 This is the second in an eagerly awaited series of four volumes of John Wesley's sermons. This volume contains sermons 34-70 from Sermons on Several Occasions.

Of all the genres in Wesley's prodigious output, his sermons most clearly focus and expound his understanding of Christian existence. Outler's introduction in the first volume concentrates two decades of painstaking research and thought on Wesley. From this he ably sets the stage for a fuller understanding and appreciation of a major Christian heritage, a heritage which can at last be seen as a whole against the background of its sources.

The four volumes contain 151 sermons, including a number recovered from Wesley's manuscripts. These constitute the core of Wesley's doctrinal teachings upon which his own evangelical movement was founded. Following Wesley's own ordering, Dr. Outler begins with the familiar Sermons on Several Occasions, which present Wesley's basic teachings on salvation and form the bulk of the first two volumes in the series. Outler masterfully demonstrates the significance of all the subsequent sermons since they exhibit Wesley's entire approach to the Christian life. Each volume is rich with footnotes that include the identification of quotations, elucidation of references, the tracing of key themes, and vital background information on each sermon. Representing the culmination of twenty years of exhaustive research, it is the purpose of these conclusive volumes to keep alive the growing interest in Wesleyan studies for the entire Christian church.