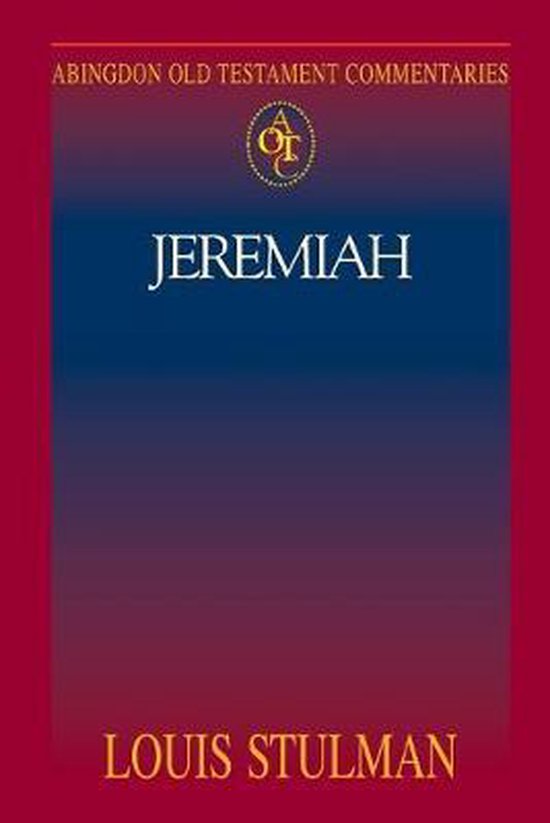 The Abingdon Old Testament Commentaries provide compact, critical commentaries on the books of the Old Testament for the use of theological students and pastors. The commentaries are also useful for upper-level college or university students and for those responsible for teaching in congregational settings. In addition to providing basic information and insights into the Old Testament writings, these commentaries exemplify the tasks and procedures of careful interpretation, to assist students of the Old Testament in coming to an informed and critical engagement with the biblical texts themselves.Jeremiah has a reputation for being one of the most difficult books in the Bible to read. Despite its dense and jumbled appearance, Stulman shows that Jeremiah is far more than a random accumulation of miscellaneous materials. Jeremiah is an artistic and symbolic tapestry held together by prose seams. In the first commentary to give the prose literature such strong attention, Stulman explains how the prophetic book reenacts the dismantling of Israel's most cherished social and symbolic systems. In doing so it speaks poignantly of the horrors of war and military occupation, as well as the resultant despair and anger. Siege and deportation, however, do not signal the end for the people of God. As Jeremiah unfolds, seeds of hope begin to emerge. Such hope asserts that massive wreckage does not nullify God's love, that oppressive and murderous forces will not ultimately triumph, and that the suffering and sovereign God will sculpt new beginnings out of the ruin of fallen worlds.