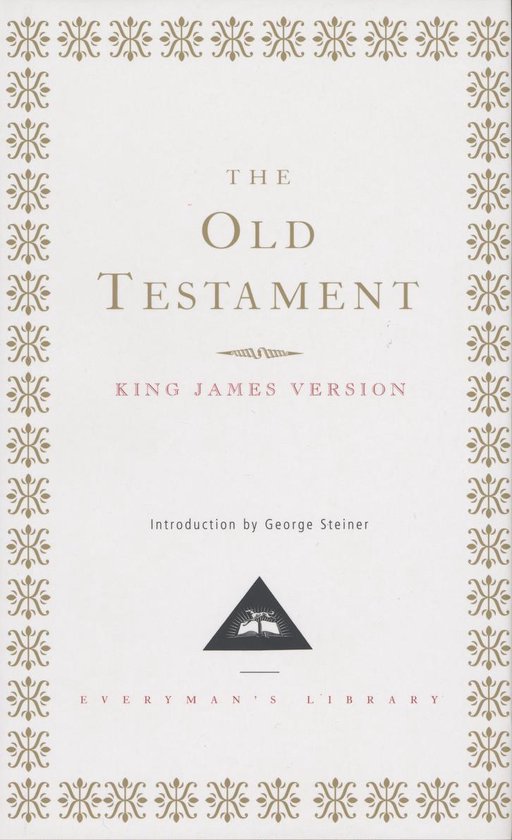 In his introduction to the Everyman's Library edition of the Old Testament in the King James Version, George Steiner reminds us of the literary grandeur, uniqueness, and centrality of the Bible.
"What you have in hand is not a book. It is the book. That, of course, is what 'Bible' means. It is the book which, not only in Western humanity, defines the concept of a text. All our other books, however different in matter or method, relate, be it indirectly, to this book of books...
"All other books, be they histories, narrations of the imaginary, codes of law, moral treatises, lyric poems, dramatic dialogues, theological-philosophic meditations, are like sparks, often, to be sure, distant, tossed by an incessant breath from a central fire. In the Western condition, but also in other parts of the planet to which the 'Good Book' has been taken, the Bible largely informs our historical and social identity...
"No other book is like it; all other books are inhabited by the murmer of that distant source." Steiner underlines, as well, our great good fortune in being able to read the Biblewhich has been translated in whole or in part into more than two thousand languagesin the resplendent language of seventeenth-century England.
"This is the instrument of Spenser, of Shakespeare, of Bacon, of Donne and the young Milton. It encompasses the organblasts of the Queen's rhetoric, Sidney's intimacies of desire, the 'lapidary lightness' of Ben Jonson, and the compaction of the early Metaphysical poets. It can command, seduce, enchant, and think aloud as never before or since...There could not have been a moment, a climate of feeling and general discourse, more apt to engender the two foremost constructs in the language: Shakespeare and the King James Version."