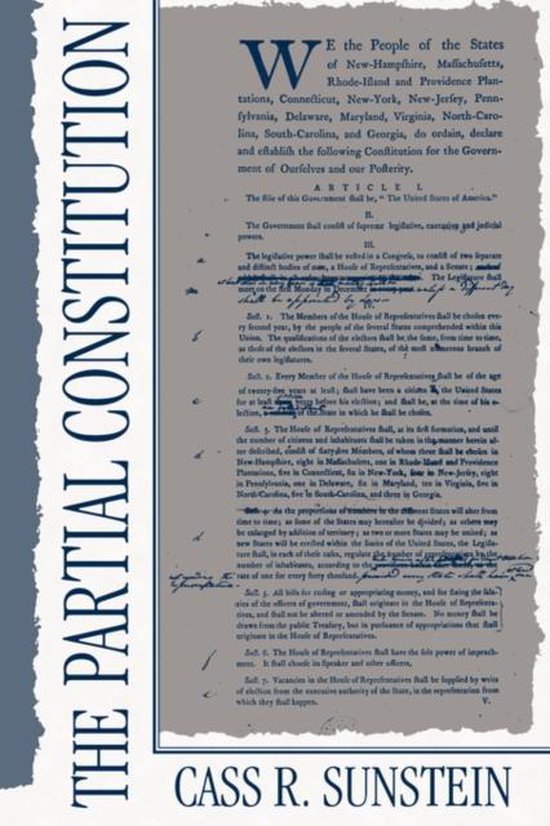 American constitutional law is at a crossroads. In a major new interpretation of the Constitution, Cass Sunstein offers a clear account of our present dilemmas and shows where we might go from here. As it is currently interpreted, the Constitution is partial, Sunstein asserts. It is, first of all, biased. Contemporary constitutional law treats the status quo as neutral and just, and any departure as necessarily partisan. But when the status quo is neither neutral nor just, Sunstein argues, reasoning of this sort produces injustice. The Constitution is also partial in another sense: its meaning has come to be identified solely with the decisions of the Supreme Court. This was not always the case, as Sunstein demonstrates; nor was it the intention of the country's founders. Instead, the Constitution often served as a catalyst for public deliberation about its general terms and aspirations--and Sunstein makes a strong case for reviving this broader understanding of the Constitution's role. In light of this analysis, Sunstein proposes solutions to some of the most hotly disputed issues of our time, including affirmative action, sex discrimination, pornography, hate speech, and government funding of religious schools and the arts. In an especially striking argument, he claims that theequal protection clause of the Fourteenth Amendment--not the right to privacy--protects a woman's right to choose abortion. Sunstein connects these and other debates to the Constitution's historic commitment to public deliberation among political equalsand in doing so, he reconceives many of our most basic constitutional rights, such as free speech and equality under law. He urges that public deliberation about the meaning of the Constitution in turn be freed from a principle of neutrality based on the status quo. His work points to a historically sound but fundamentally new understanding of the American constitutional process as an exercise in deliberative democracy.