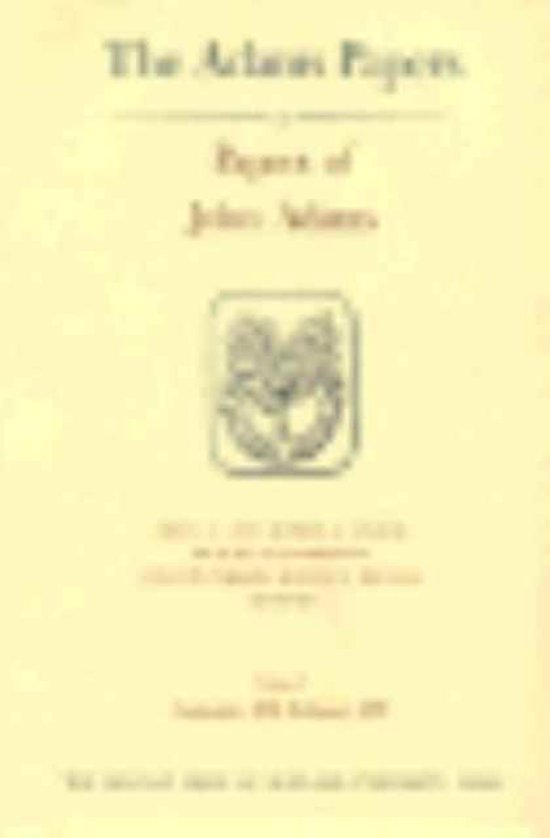 These volumes provide an unparalleled account of the conduct of American diplomacy in the early years of the republic, while the war with Britain continued and after the treaty of alliance with France was signed. John Adams served for ten months as a commissioner to France. Though he was the newest member of the three-man commission, he was its chief administrator, handling most of its correspondence, and his papers are the first full documentary record of the commission ever published. They provide a wealth of detail on every aspect of diplomacy, from negotiations with ministers of state to the arranging of prisoner exchanges. The documents throw new light on Adams's relations with his fellow commissioners, Benjamin Franklin and Arthur Lee. Historians have depicted Adams as hostile to Franklin and supportive of Lee, but the record shows that he found himself increasingly in disagreement with Lee, while working harmoniously with Franklin from the outset. Moreover, after the commission was disbanded in February 1779 and Franklin was appointed Minister to France-a move Adams had advocated-he undertook an important mission at Franklin's behest. It is now clear that the rift that developed between the two statesmen did not begin until after Adams's return to Paris in 1780. Legal and constitutional scholars will find Volume 8 of particular interest. The Massachusetts Constitution of 1780, drafted by John Adams in 1779, served as a crucial source for the Constitution of the United States; today it is the oldest written constitution in the world still in effect. The earliest surviving version of Adams's text, the Report of a Constitution for the Commonwealth of Massachusetts, is here published with full annotation for the first time. It is John Adams's most enduring constitutional work.