A History of Chemistry 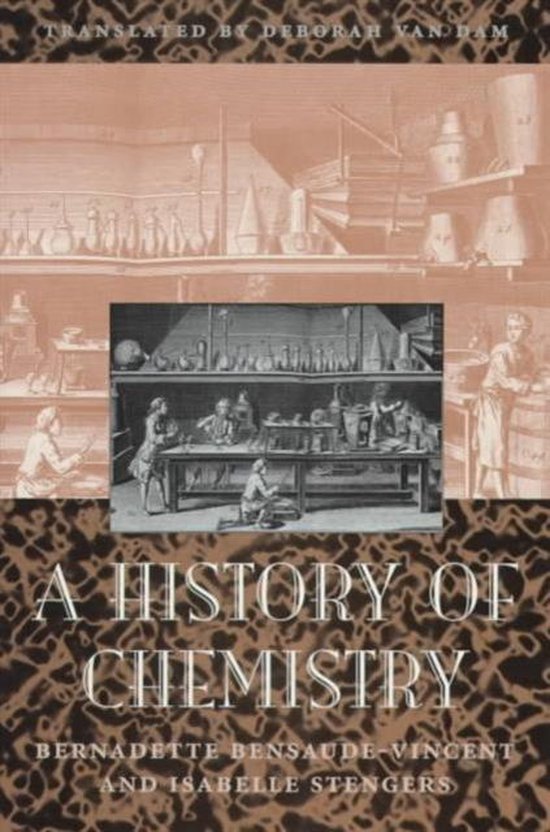 From the earliest use of fire to forge iron tools to the medieval alchemists' search for the philosopher's stone, the secrets of the elements have been pursued by human civilization. But, as the authors of this concise history remind us, disciplines like physics and chemistry have not existed since the beginning of time; they have been built up little by little, and that does not happen without difficulties. Bernadette Bensaude-Vincent and Isabelle Stengers present chemistry as a science in search of an identity, or rather as a science whose identity has changed in response to its relation to society and to other disciplines. The authors--respected, prolific scholars in history and philosophy of science--have distilled their knowledge into an accessible work, free of jargon. They have written a book deeply enthusiastic about the conceptual, experimental, and technological complexities and challenges with which chemists have grappled over many centuries. Beginning with chemistry's polymorphous beginnings, featuring many independent discoveries all over the globe, the narrative then moves to a discussion of chemistry's niche in the eighteenth-century notion of Natural Philosophy and on to its nineteenth-century days as an exemplar of science as a means of reaching positive knowledge. The authors also address contentious issues of concern to contemporary scientists: whether chemistry has become a service science; whether its status has declined because its value lies in assisting the leading-edge research activities of molecular geneticists and materials scientists; or whether it is redefining its agenda. A History of Chemistry treats chemistry as a study whose subject matter, the nature and behavior of qualitatively different materials, remains constant, while the methods and disciplinary boundaries of the science constantly shift.