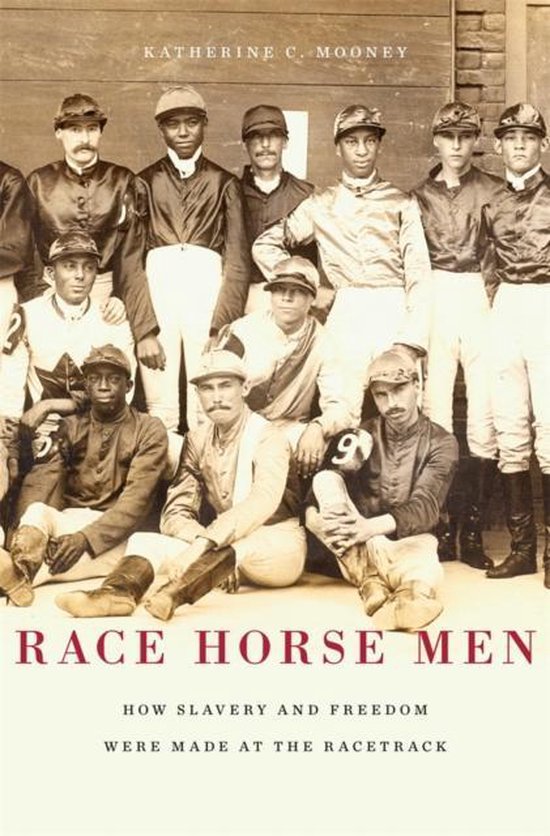 Race Horse Men recaptures the vivid sights, sensations, and illusions of nineteenth-century thoroughbred racing, America's first mass spectator sport. Inviting readers into the pageantry of the racetrack, Katherine C. Mooney conveys the sport's inherent drama while also revealing the significant intersections between horse racing and another quintessential institution of the antebellum South: slavery. A popular pastime across American society, horse racing was most closely identified with an elite class of southern owners who bred horses and bet large sums of money on these spirited animals. The central characters in this story are not privileged whites, however, but the black jockeys, grooms, and horse trainers who sometimes called themselves race horse men and who made the racetrack run. Mooney describes a world of patriarchal privilege and social prestige where blacks as well as whites could achieve status and recognition and where favored slaves endured an unusual form of bondage. For wealthy white men, the racetrack illustrated their cherished visions of a harmonious, modern society based on human slavery. After emancipation, a number of black horsemen went on to become sports celebrities, their success a potential threat to white supremacy and a source of pride for African Americans. The rise of Jim Crow in the early twentieth century drove many horsemen from their jobs, with devastating consequences for them and their families. Mooney illuminates the role these too-often-forgotten men played in Americans' continuing struggle to define the meaning of freedom.