The Failure of the Founding Fathers 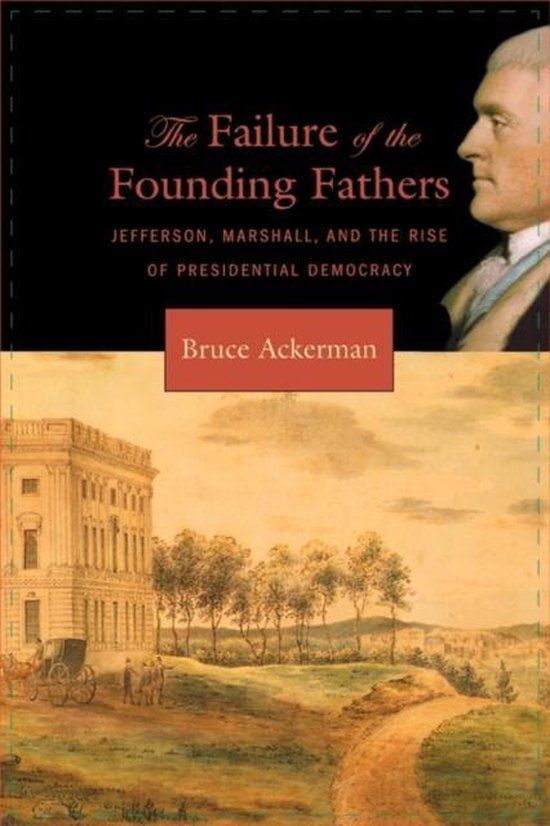 The ink was barely dry on the Constitution when it was almost destroyed by the rise of political parties in the United States. As Bruce Ackerman shows, the Framers had not anticipated the two-party system, and when Republicans battled Federalists for the presidency in 1800, the rules laid down by the Constitution exacerbated the crisis. With Republican militias preparing to march on Washington, the House of Representatives deadlocked between Thomas Jefferson and Aaron Burr. Based on seven years of archival research, the book describes previously unknown aspects of the electoral college crisis. Ackerman shows how Thomas Jefferson counted his Federalist rivals out of the House runoff, and how the Federalists threatened to place John Marshall in the presidential chair. Nevertheless, the Constitution managed to survive through acts of statesmanship and luck. Despite the intentions of the Framers, the presidency had become a plebiscitarian office. Thomas Jefferson gained office as the People's choice and acted vigorously to fulfill his popular mandate. This transformation of the presidency serves as the basis for a new look at Marbury v. Madison, the case that first asserted the Supreme Court's power of judicial review. Ackerman shows that Marbury is best seen in combination with another case, Stuart v. Laird, as part of a retreat by the Court in the face of the plebiscitarian presidency. This switch in time proved crucial to the Court's survival, allowing it to integrate Federalist and Republican themes into the living Constitution of the early republic. Ackerman presents a revised understanding of the early days of two great institutions that continue to have a major impact on American history: the plebiscitarian presidency and a Supreme Court that struggles to put the presidency's claims of a popular mandate into constitutional perspective.