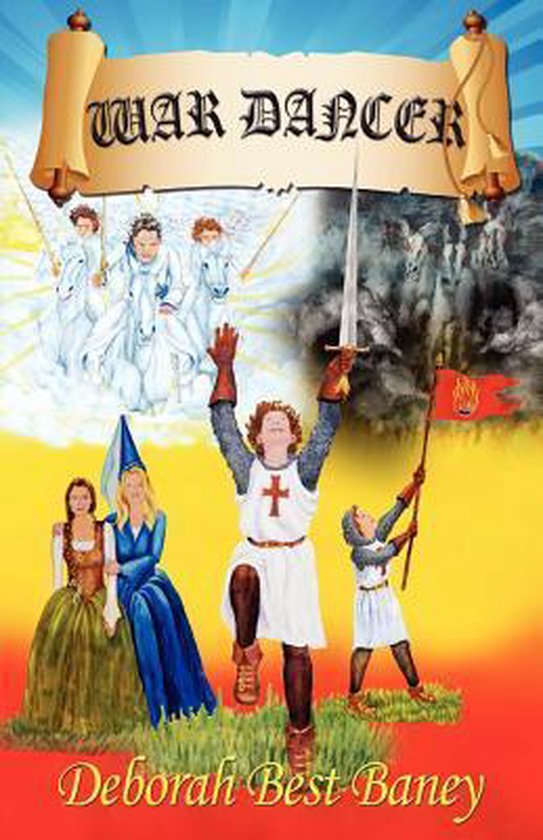 "In a land before time and space there lived a king. A good and wise ruler who created all that is...He had a son...commander over all the celestial spirits...In his court, King Elyon's trusted confidant and advisor also did the Sovereign's bidding. "Asmo, the beloved minstrel of the high court, also ruled over one third of the celestial spirits...However...new thoughts emerged in the spirit's mind: 'I am the most beautiful of all King Elyon's celestial beings...I am wise and respected by all the hosts of the realm. Why am I beneath the King? I should be equal with him ' "After the Great Cosmic War, Prince Sabaoth threw Asmo and his minions from his Father's realm. With all the intense hatred and wounded pride in his evil heart, Asmo plotted and schemed until he found a crafty way to settle the score with King Elyon...Believing he had finally become victorious, Asmo discovers to his great horror, that he now has a new battle to wage: to render mortals with supernatural powers captive and defenseless." Garrett and Sekiah, squires from Bane Manor, accompany the lord's errant-knights to Brighton Castle. The journey is fraught with dangers and discoveries. The soldiers learn the truth about the Keltois' magick and how they use it to lure their victims into the Caverns of Cataclysmic Calamities The knights and squires rescue a maiden in distress from a town that has been bamboozled by the wiles of the 'wise woman.' Garrett and his companions use their supernatural powers to fight spiritual warfare and realize that they have the ability to influence the war counsel in heaven