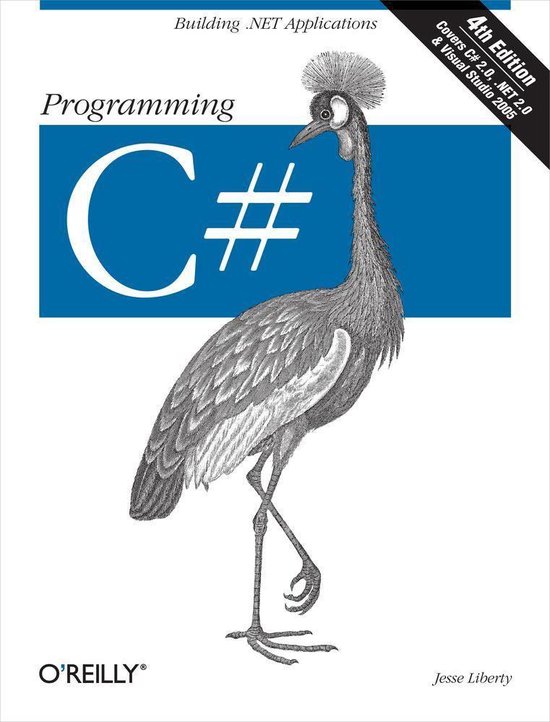 The programming language C# was built with the future of application development in mind. Pursuing that vision, C#'s designers succeeded in creating a safe, simple, component-based, high-performance language that works effectively with Microsoft's .NET Framework. Now the favored language among those programming for the Microsoft platform, C# continues to grow in popularity as more developers discover its strength and flexibility. And, from the start, C# developers have relied on Programming C# both as an introduction to the language and a means of further building their skills.


The fourth edition of Programming C#--the top-selling C# book on the market--has been updated to the C# ISO standard as well as changes to Microsoft's implementation of the language. It also provides notes and warnings on C# 1.1 and C# 2.0.


Aimed at experienced programmers and web developers, Programming C#, 4th Edition, doesn't waste too much time on the basics. Rather, it focuses on the features and programming patterns unique to the C# language. New C# 2005 features covered in-depth include:


Author Jesse Liberty, an acclaimed web programming expert and entrepreneur, teaches C# in a way that experienced programmers will appreciate by grounding its applications firmly in the context of Microsoft's .NET platform and the development of desktop and Internet applications.