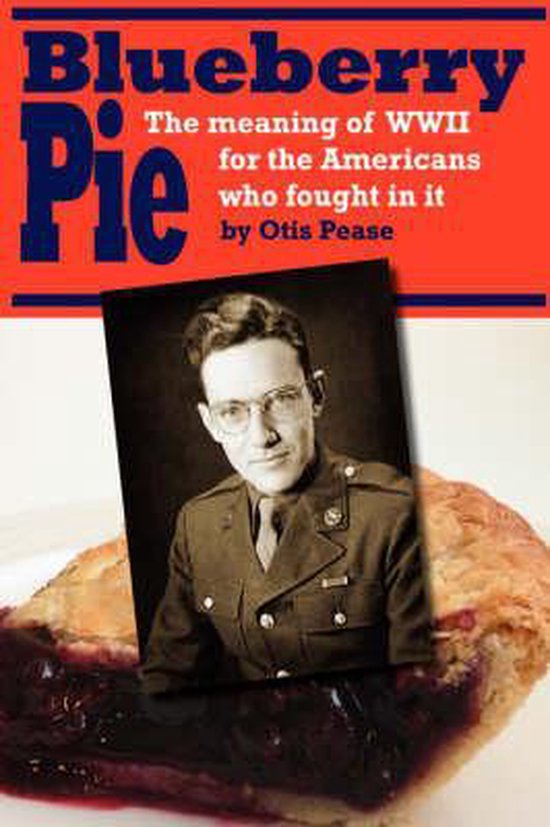 The powerful impact of World War II continues to thunder through the postwar decades. Memoirs and analyses of this turning point in world history continue to gain popularity. Now comes "Blueberry Pie" by Otis Pease, war veteran and retired history professor.
With humor and a deft touch, Pease discusses his war in the context of historians' ongoing debates: Did WWII GIs fight mainly for "blueberry pie" as John Hersey concluded-for the chance to resume their American dreams? Or did they have a broader vision of their military mission? Pease argues that the motivations and attitudes of young U.S. soldiers and sailors were much more complex than could be explained by "blueberry pie." In analyzing the question, Pease examines an extensive wartime survey of soldiers headed by sociologist Samuel Stouffer. "Blueberry Pie" also features diary excerpts and letters home from other WWII veterans.
Pease concludes his comments about "the war that changed America" by discussing the impact of what Harvard Professor Robert Putnam calls "the long civic generation" on post-war America and, with the help of the GI Bill, on its educational institutions.
Included in "Blueberry Pie" is Pease's own WWII diary, beginning with basic training and ending with his post-war journey home from Europe aboard a Victory ship. Recording his WWII career proved crucial to Pease in making sense of his memory of the war. For the reader of "Blueberry Pie," the details of the diary vivify the compelling military experience of a young man on the cusp of college and adulthood.