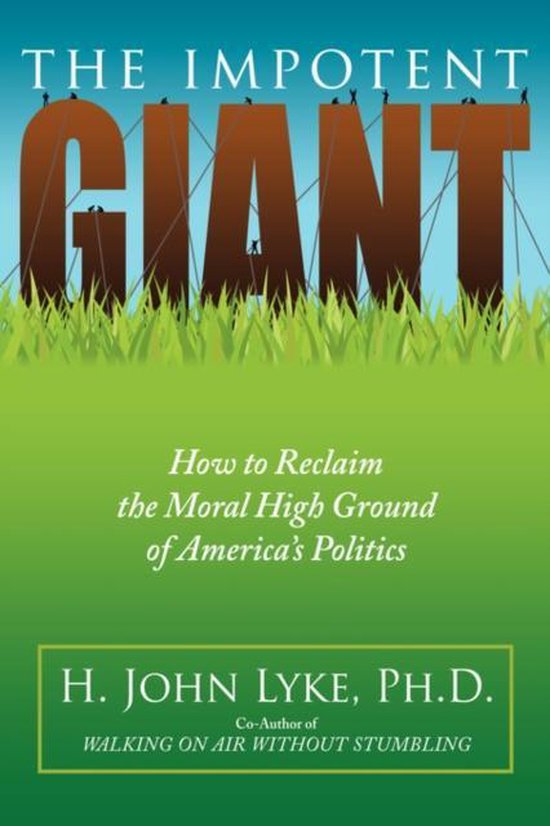 The Impotent Giant has nothing to do with being a Democrat or Republican. It has everything to do with what it means to be an American. Alarmed about who and what the United States of America represents, author Dr. H. John Lyke articulates how citizens can help to regain the moral and political leadership. Using psychological principles, he provides a discussion of why our country is in the fix it's in and how to return it to its former greatness.Dr. Lyke's research on the issues began with a re-examination of the lives of outstanding leaders, especially George Washington and Abraham Lincoln, two men who led the United States toward the attainment of American ideals. Studying the principles, courage, and actions of these men offers a model for effective leadership and rekindles one's pride in being an American, a pride that for many has shrunk drastically during the past ten years. The Impotent Giant examines where the country stands among other nations and how the citizens of the United States and those of the rest of the world perceive its leaders. It encourages citizens to elect the right leaders, discuss the right issues, and act for the right reasons.