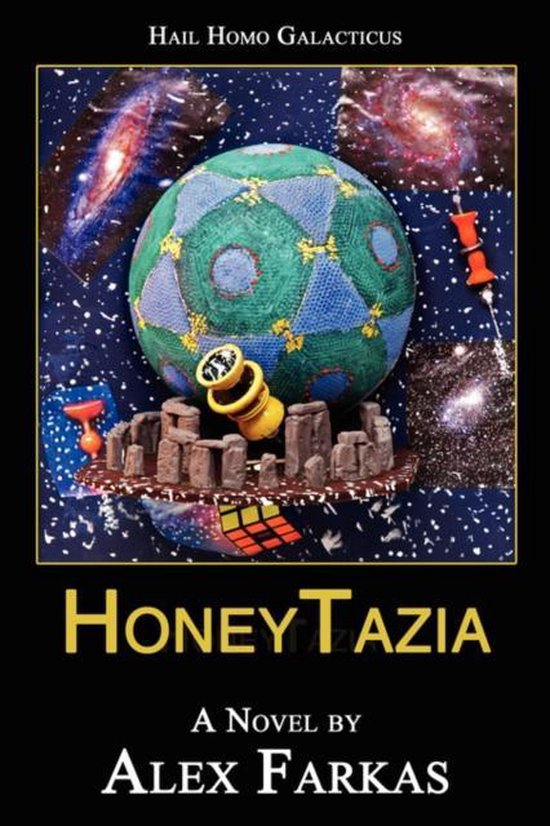 David Goldberg's fiancee is killed at the WTC. He swears revenge, years later, as a physics prof at Princeton, he biulds a nuclear suicide bomber android, but its mission is sabotaged by one of his students: Kamel Kussein. When Goldberg develops the Colliding Beam Fusion Rocket, space travel becomes fast, safe and economical. Terraforming of Mars is underway, with striving domed-over cities. The first rain fall after 150 million years. An optical telescope with 1 km primary mirror is built, located on Phobos. An Earth-size planet is detected in Epsylon Eridani's comfort zone, it had been sculptured into triangular oceans and pentagon-shaped continents. They name it HoneyTazia. On Continent One of HoneyTazia, astronomers locate a new planet in the Sirius system, ready to be brought to life. Two students hike in the continent's wild interiors, meet their professor. They join the terraforming team bound for the new planet. Sarship StoneHenge is built on Deimos. She sails with a crew of ight for HoneyTazia. Chief engineer Kamel determined to prevent StoneHenge reaching her destination, extraterrestrial contact would finish religions on Earth. He diverts the ship towards Sirius and damages its engine, in which he is incinerated. HoneyTazians rescue StoneHenge.