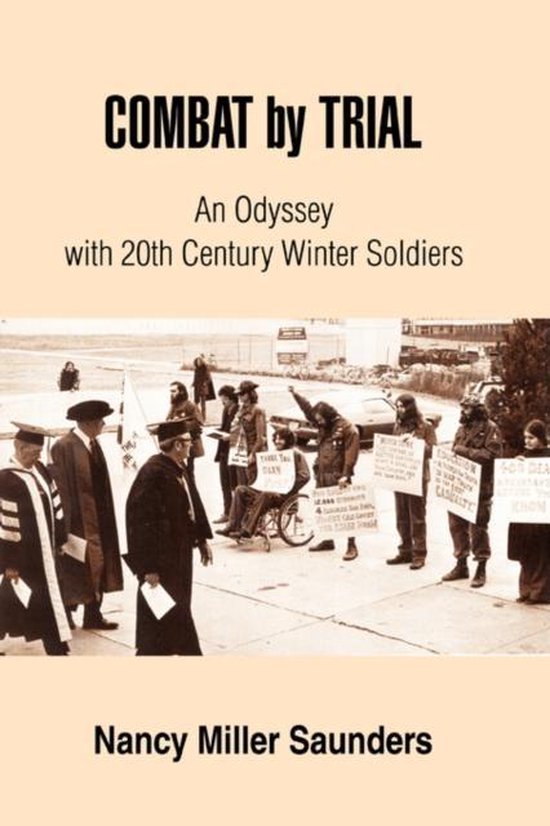 Nancy Miller Saunders once lived in sheltered academe. But that all changed when she joined a group of filmmakers to document demonstrations by Vietnam Veterans Against the War. Soon, she found herself being hounded just as much as the veterans themselves. She focused on her role as an investigator, recording the stories of a number of veterans and their families. In Combat by Trial, she allows them to speak in their own voices through interviews and personal writings while also telling her own story. You will be entranced by stories of Saunders' connection to two of the spies that the FBI sent to infiltrate the VVAW. How Saunders worked with VVAW defense attorneys in the fabricated case against the Gainesville 8. How laws such as the Patriot Act and Military Commissions Act are once again stripping citizens of their rights. And much more Historians, journalists and students will all enjoy Combat by Trial: An Odyssey with 20th Century Winter Soldiers, a cautionary tale that shows that history does indeed repeat itself.