Song of My Soul 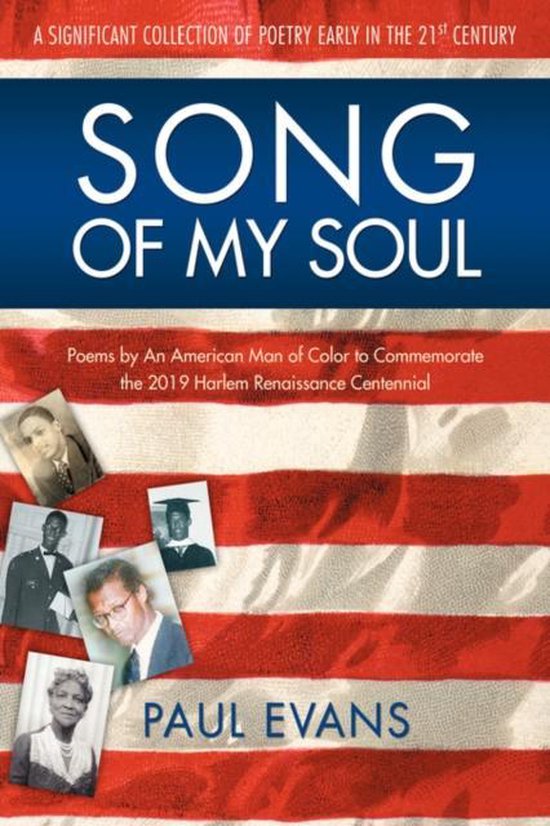 Paul Evans, a former Baltimore newspaperman, uses the power of poetry to present a unique look at the decency and respectability of black Americans' lives before, during, and after the Civil Rights Movement in tribute to the Harlem Renaissance. However, Mr. Evans does not stop there. Uniquely, writing as a black man, he also offers poems that express his desire to see a nation that is inclusive and fair to all Americans, not overlooking the working-class white people who have been left out of Martin Luther King's dream.


The Harlem Renaissance has taken its rightful place alongside the many literary movements and eras that have comprised American Literature. Through expressive verse, Mr. Evans reflects on the simplicity of an earlier time in a black man's life such as tending a coal furnace, talking to the ice cream man, or in ''A Colored Boy at the Ocean'' when he writes, Ocean, ocean carry me away/I'm a little colored boy here at play/I care not where your waves might take me to go/As long as getting there is mighty awfully slow. He honors the spirited artists, musicians, and writers who created magic during a dazzling period in American culture.


As the centennial of the Harlem Renaissance approaches in 2019, Mr. Evans encourages a revisiting to this special time, resulting in a new appreciation of the importance of the work of the renaissance's writers and poets, in particular, whose work urged America to be what it says it is.