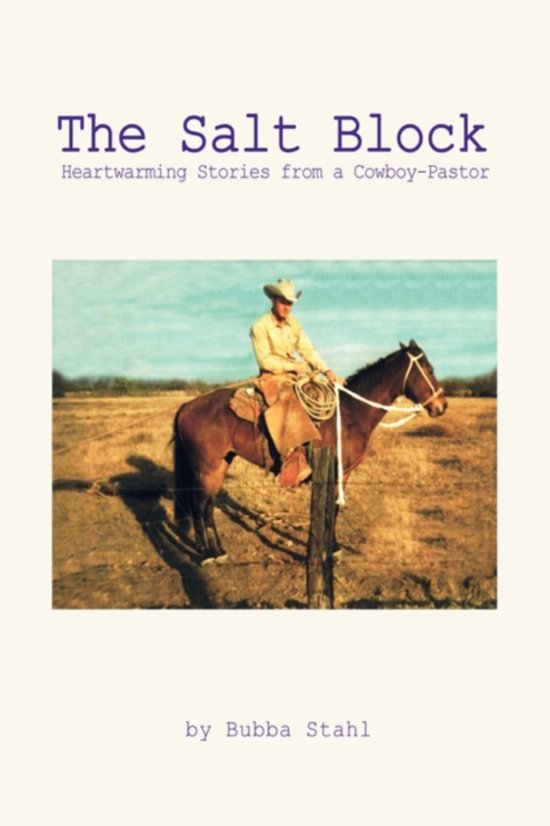 Bubba Stahl was a cowboy from a very young age, complete with hat, boots, toy guns, stick horses, and red bandana. Bubba was also a Christian at an early age. Each week he eagerly attended "SundaySchoolandChurch," as it was known in his family. He began at a young age to express a strong interest in Christ. His father shared his faith with Bubba by sharing the communion cracker and juice with him. Bubba grew to become a well-loved pastor. Bubba has successfully combined his roles as cowboy and preacher. In this charming and inspirational memoir, he shares his experiences with warmth and humor, featuring the many people he's served and those from whom he has learned. He tells engaging stories of his work on ranches, in churches, and on mission fields around the world with his wife and sons at his side through it all. "The Salt Block" discloses the life of a cowboy and the evolution of a preacher. Bubba received his calling to become a pastor from Jesus Christ on August 7, 1982. Bubba's heartfelt story encourages everyone to live a life of passion and begin a fresh and glorious relationship with God through faith in His Son, Jesus Christ.