The Last Tale of Mendel ABBE 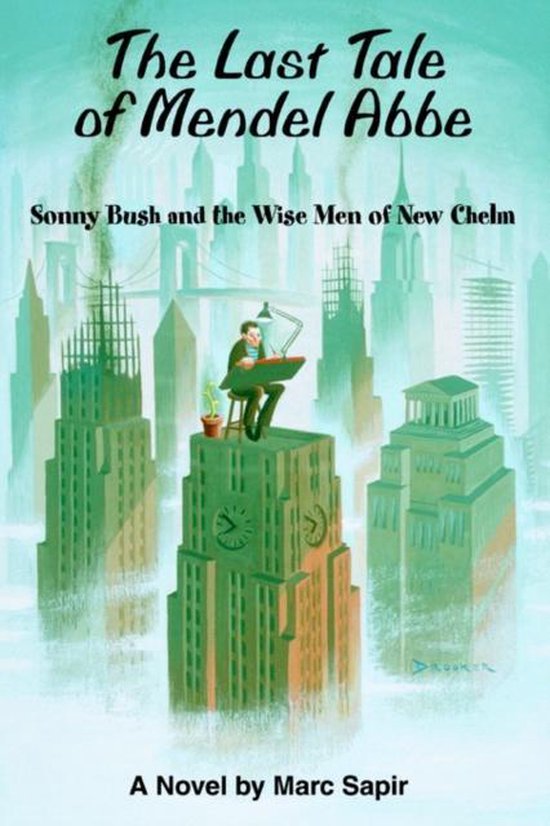 "I truly love your little novel. It reads splendidly, and was quite delightful."--Douglas Messerli, Publisher, Green Integer;"I congratulate you for it. It's very inventive, makes a lot of head (way) humor by all the name-plays. And the self-conscious narrator is also a fine turn in the narrative. Many laughs, recognitions and delights in the text...and the satiric level is also suggestive and successful..."--San Francisco poet and linguist Jack Hirschman;The Last Tale of Mendel Abbe;Mendel Abbe is an aging manic depressive story teller deeply affected by events in the world. On September 15, 2001, perchance, Mendel is napping alongside his wife as they drive home on the New Jersey Turnpike after a visit to old friends northwest of Philadelphia. Somehow, implausibly, the events of four days previous have escaped their attention.;Awakening near Newark, Mendel is incredulous to see the absence in the New York skyline, the clouds of smoke billowing from where the twin towers once stood. His shock becomes more traumatizing when he experiences TV and the government turning the tragic events into a circus of bizarre and misplaced chauvinist rhetoric about the heroism and victimization of the United States in modern history. Driven by angst, and his own nature, Mendel embarks upon a tale taller than the towers to recuperate the sad state of history. For his project he chooses to resurrect a group of foppishly naive characters from a little known Jewish shtetl in 19th century Poland, people invented by an earlier New Yorker, Solomon Simon, for the amusement of Jewish children. The name of the place: Chelm; of the people: the Wise Men of. And they are coming to the U.S. to help Sonny Bush fix everything. You'll see.