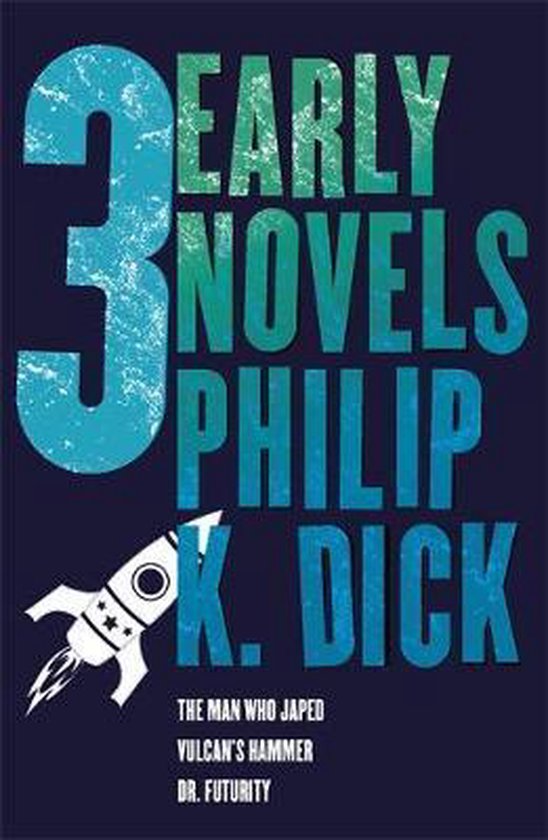 At the beginning of his career, Philip K. Dick, whose later work won him widespread acclaim as the world's greatest science fiction writer, wrote a number of short novels which were published as paperback originals back-to-back in dual volumes with works by writers who were then more famous. Considerably more straightforward than his later novels, these stories are nevertheless unmistakably the work of the author of DO ANDOIDS DREAM OF ELECTRIC SHEEP? and UBIK in their quirky exuberance and originality. THE MAN WHO JAPED: Following a devastating nuclear war, the Moral Reclamation government took over the world and forced its citizens to live by strictly puritanical rules - no premarital sex, drunkenness, or displaying of neon signs - all of which are reinforced through a constant barrage of messaging to the public. The chief purveyor of these messages is Alan Purcell, next in line to become head of the propaganda bureau. But there is just one problem: a statue of the government's founder has been vandalized and the head is hidden in Purcell's closet. VULCAN'S HAMMER: After the 20th century's devastating series of wars, the world's governments banded together into one globe-spanning entity, committed to peace at all costs. Ensuring that peace is the Vulcan supercomputer, responsible for all major decisions. But some people don't like being taken out of the equation. And others resent the idea that the Vulcan is taking the place of God. As the world grows ever closer to all-out war, one functionary frantically tries to prevent it. But the Vulcan computer has its own plans, plans that might not include humanity at all. DR. FUTURITY: When Dr Jim Parsons wakes up from a car accident, he finds himself in a future populated almost entirely by the young. But to keep the world run by the young, death is fetishized, and those who survive to old age are put down. In such a world, Parsons - with his innate desire to save lives - is a criminal and outcast. But for one revolutionary group, he may be just the saviour they need to heal and revive their cryogenically frozen leader. And when he and the group journey to 1500s California, what they find causes them to question what they know about history and the underpinnings of their society.