Catalogue Of The Type Fossils In The Woodwardian Museum, Cambridge 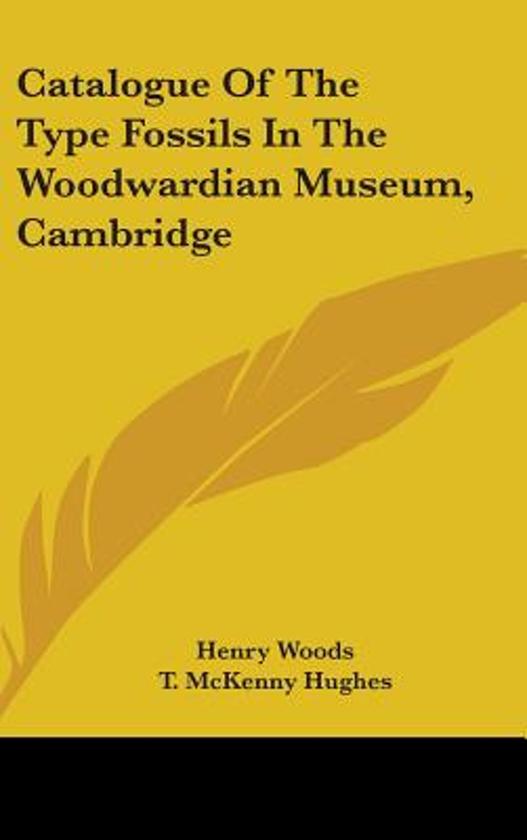 PREFACE. a type is meant the original specimen to which any generic or specific name was first assigned. Subsequent observers in examining specimens which agree in general characters with an already described form, often notice differ- ences which may indicate a new species, may be only due to incomplete description, or to the imperfect state of preservation of the type. In order to determine these points, it is necessary for them to see the actual fossil, which the author of the species had before him, when he wrote his description. The importance of preserving and distinctly marking figured and described specimens, has only of late years been generally realised. A committee of the British Association reported upon the subject last year 1 . In the Woodwardian Museum such specimens have been mounted on tablets of a special colour, at first pink was used, but now blue, a more stable colour is being substituted. The plan of exhibiting all the types by themselves, on the top of the cabinets was tried, and, except where they are mounted on coloured tablets, this method can be recommended, as in every museum of importance, inferior specimens are continually being replaced by better ones, and thus the type, which is sometimes a poor specimen may perhaps get lost sight of. As soon however as the types were mounted on tablets of a conspicuous colour, we found that they could be safely put into their proper places in the series, and that it was better to display on the top of the cabinets those specimens which best showed generic and specific cha- racters, and were thus of greatest educational value and general interest. In addition to indicating in the museum the importance of such specimens, it is most desirable to publish a catalogue of them, so that specialists may know where to find the types, and this task has been most ably performed for the Woodwardian Museum by Mr H. Woods, whose knowledge of the Museum and of Paleontology, eminently qualified him for the work. Besides the types and other figured fossils, there are a great number of specimens referred to. An author mentions for instance, that there is in the Woodwardian Museum, in such and such a series, a fossil which illustrates some point under discussion. These specimens have been labelled as mentioned. There is another series, the acquired importance of which is often almost equal to that of types, namely, the specimens which have been determined for us by high authorities, and we have endeavoured to indicate this in the case of all those which we have recently acquired, or which have been lately deter- mined, but it will be long before we can overtake the work of indicating by labels who is responsible for the determination of each specimen, even of those for which we know or can ascer- tain the authority. But in a museum of any antiquity, the authorities for the determination of the larger number of the specimens must remain for ever unrecorded. We have not included, in this catalogue, the described and figured fossils in the collections of the seventeenth century, now in our Museum...