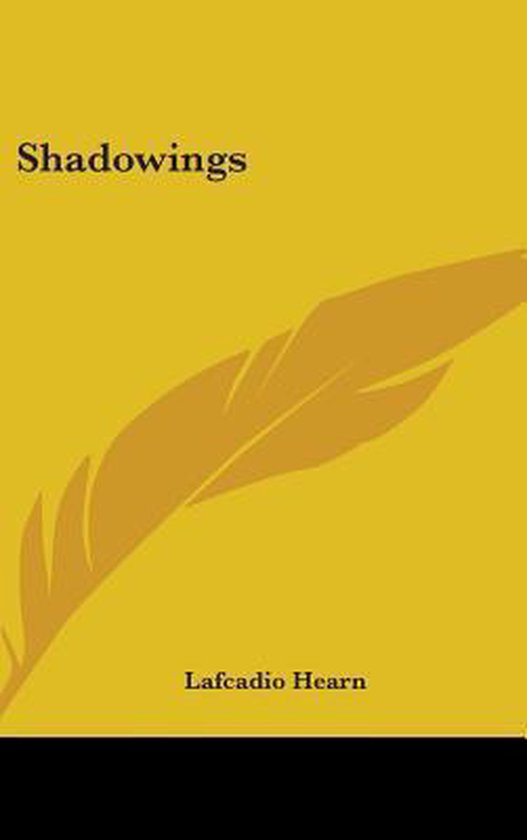 A menagerie of observation, philosophy, musing, and storytelling, Shadowings is quirky and charming, not unlike its author, transplanted Westerner Lafcadio Hearn. In this work, Hearn takes us from an ancient Japanese legend of love and spirits to an intimate contemplation on fear to a philosophical study of feminine Japanese names. Applying both his keen aesthetic eye and his uncanny ability to translate feelings as well as words, Hearn awakens the intellect and spirit, and offering us a prime view not only into his beloved adopted country, but into humanity itself. Bohemian and writer PATRICK LAFCADIO HEARN (1850-1904) was born in Greece, raised in Ireland, and worked as newspaper reporter in the United States before decamping to Japan. He also wrote In Ghostly Japan (1899), and Kwaidon (1904).