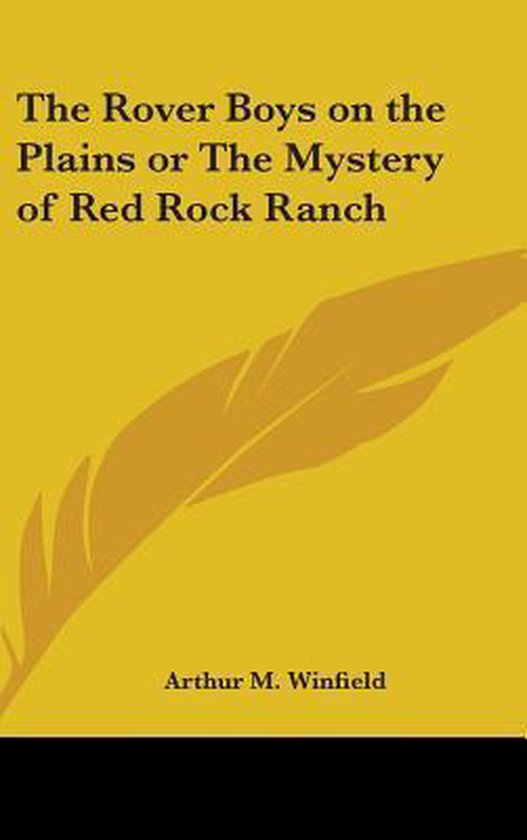 1906. Arthur M. Winfield was one of the pen names of Edward Stratemeyer, American writer of popular juvenile fiction, whose Stratemeyer Literary Syndicate produced such books as the Rover Boys series, the Hardy Boys series, the Tom Swift series, the Bobbsey Twins series, and the Nancy Drew series. The Rover Boys on the Plains is the tenth volume of The Rover Boys's Series for Young Americans. This series features Dick, Tom and Sam Rover and their friends and relatives and relates the adventures of the three Rover boys at Putnam Hall Military Academy, Brill College and on many outings. The present tale tells of the adventures on the mighty Mississippi River, and then on the great plains, where Dick, Tom and Sam, and some of their friends, have a variety of adventures and assist in unraveling the mystery surrounding a lonely ranch. Of course, their old enemy, Baxter, is bound to make himself known, but the Rover boys do not fail to take care of themselves, as of old. See other titles by this author available from Kessinger Publishing.