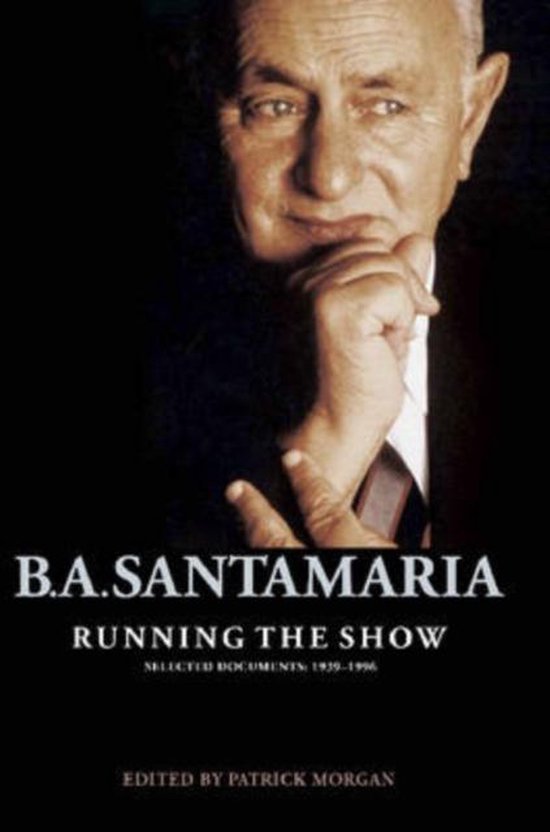 B.A. (Bob) Santamaria was perhaps the most controversial figure in recent Australian politics. An anti-Communist and devout Catholic, he was also one of the most prolific writers in Australia's history and a strong campaigner for social justice, and his impact on this country's social conscience was profound. In the 1940s he founded the Movement in Australia, an anti-Communist organisation. He was known to earlier generations as a key figure in the tumultuous Split in the Australian Labour Party in the 1950s, and to later ones as a public commentator on his TV program Point of View and in his weekly column in the Australian. Fiercely independent, he maintained his traditionalist stance, combatting Communism in Asia and permissive and nihilistic trends in Western society, particularly in the field of bio-ethics Writing was a key part of his political activity-on every matter of importance to him he turned out exhaustive analyses and rejoinders. Running the Show features some of the many unpublished documents Santamaria produced during his six decades of continuous public activity. It includes speeches, strategic papers, reports to his superiors, memos to politicians, positions papers, personal statements, aides-memoire and political analyses. Running the Show brings together a selection of documents written by B.A. Santamaria, and throws new light on a number of crucial episodes in his career. In the poet James McAuley's words, he 'set a match against the age's mind'.