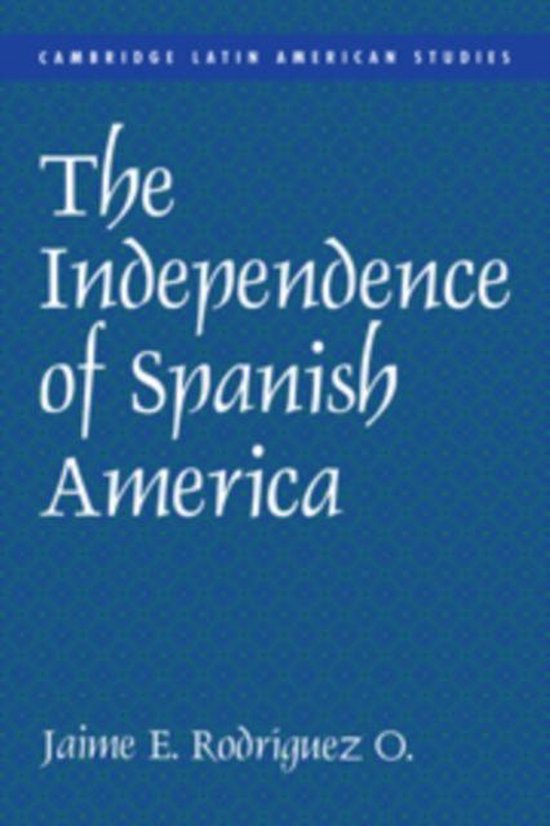 This book provides a new interpretation of the process of Spanish American independence (1808-26); one which emphasises political processes and cultural continuities, instead of the break with Spain. It is the first book to examine the representative government and popular elections introduced by the Spanish Constitution of 1812. Rodriguez argues that independence did not constitute an anti-colonial movement, as many scholars assert, but rather formed part of the broader Spanish political revolution. In America, a struggle over who would govern accompanied this revolution. Despite significant participation by the masses, the struggle for independence resulted in the triumph of the criollos, the New World bourgeoisie. The liberal tradition of constitutional, representative government that emerged during this period, together with the achievement of nationhood, constitutes the most significant heritage of Spanish American independence.