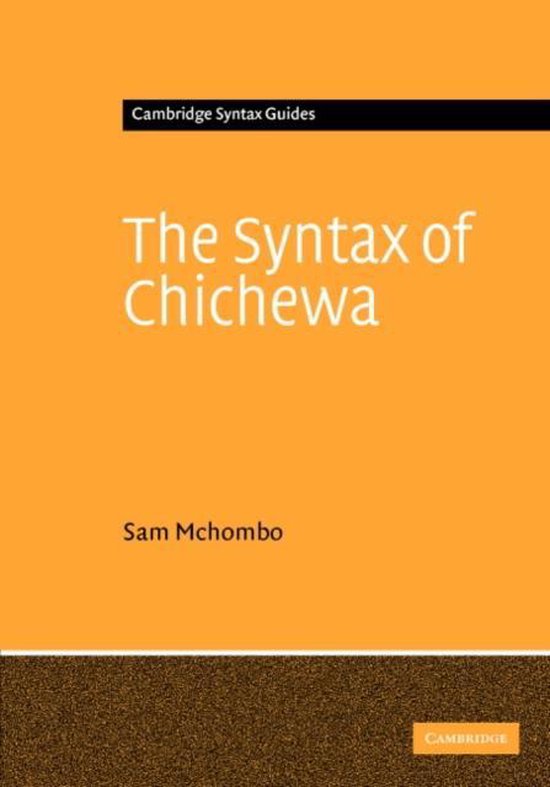 This comprehensive book provides a detailed description of the major syntactic structures of Chichewa. Assuming no prior knowledge of current theory, it covers topics such as relative clause and question formation, interactions between tone and syntactic structure, aspects of clause structure such as complementation, and phonetics and phonology. It also provides a detailed account of argument structure, in which the role of verbal suffixation is examined. Sam Mchombo's description is supplemented by observations about how the study of African languages, specifically Bantu languages, has contributed to progress in grammatical theory, including the debates that have raged within linguistic theory about the relationship between syntax and the lexicon, and the contributions of African linguistic structure to the evaluation of competing grammatical theories. Clearly organised and accessible, The Syntax of Chichewa will be an invaluable resource for students interested in linguistic theory and how it can be applied to a specific language.