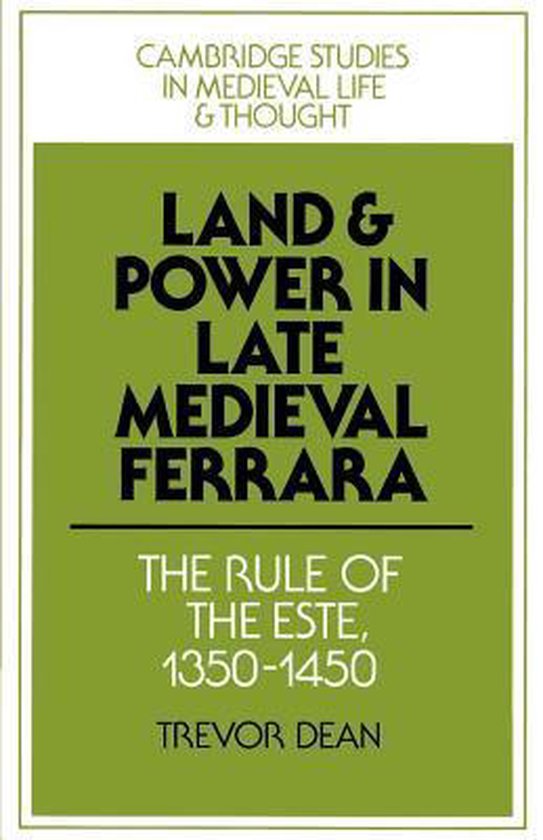 Among the many states of late medieval Italy, one stands out for its unfamiliarity to an English audience and for its neglect in historical research: that of the Este family, lords (later Dukes) of the cities of Ferrara, Modena and Reggio in northern Italy. This book is the first modern attempt to provide a detailed analysis of the political structure of this state based on archive sources. Much of the book is concerned with the ways by which the Este used their vast landed resources in and around Ferrara to build up and reinforce their personal political authority both within and outside their dominions. Among the major themes examined are the continuing presence of political feudalism in the relations between the Este and their supporters, the place of the court in Ferrarese noble society, and the violent imposition of Este authority over the powerful nobles of the Apennine hills.