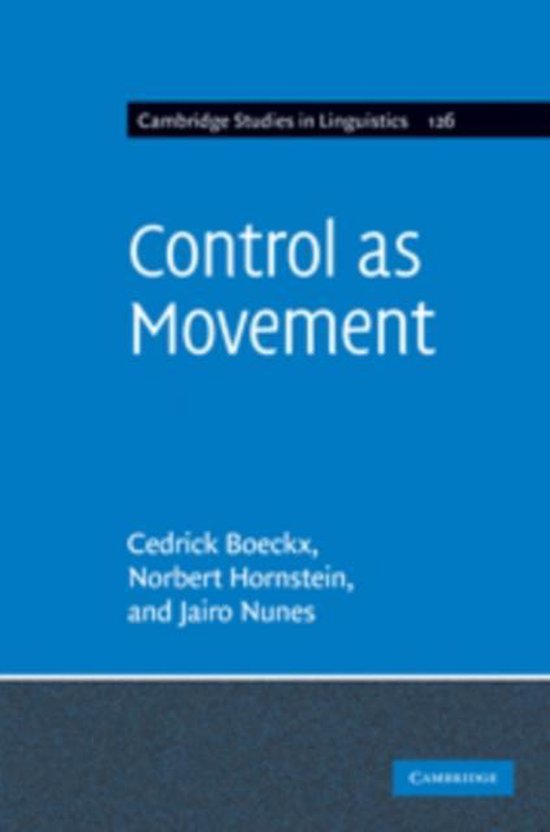 The Movement Theory of Control (MTC) makes one major claim: that control relations in sentences like 'John wants to leave' are grammatically mediated by movement. This goes against the traditional view that such sentences involve not movement, but binding, and analogizes control to raising, albeit with one important distinction: whereas the target of movement in control structures is a theta position, in raising it is a non-theta position; however the grammatical procedures underlying the two constructions are the same. This book presents the main arguments for MTC and shows it to have many theoretical advantages, the biggest being that it reduces the kinds of grammatical operations that the grammar allows, an important advantage in a minimalist setting. It also addresses the main arguments against MTC, using examples from control shift, adjunct control, and the control structure of 'promise', showing MTC to be conceptually, theoretically, and empirically superior to other approaches.