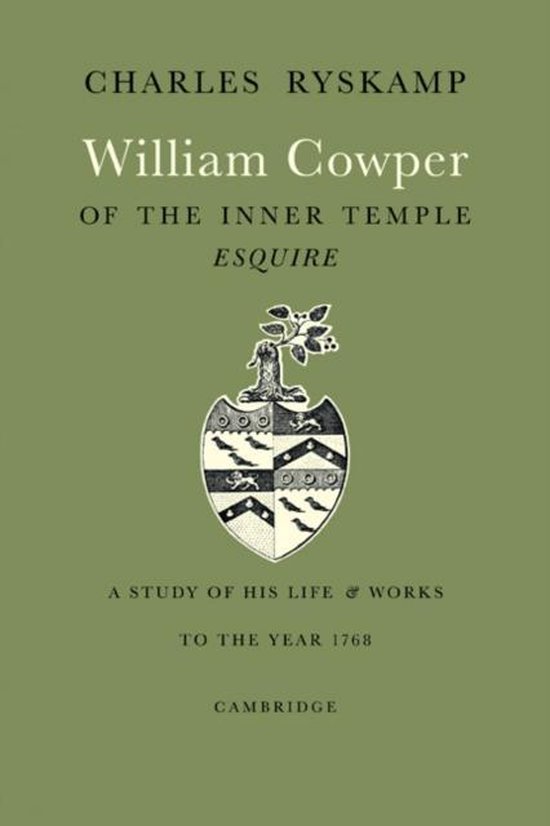 This 1959 book is a study of the early life and work of the poet William Cowper. It is a 'life', not a 'portrait'; Dr Ryskamps's principal aim was to add details to what was known, to provide accurate documentation, and to dispel old myths. Information is given about Cowper's life at Westminster School and in the Temple, his engagement to Theadora Cowper, his alleged hermaphroditism, his clerkship at the House of Lords, his insanity, and his friendship with Mrs Unwin. Dr Ryskamp's study ends where the better-known part of Cowper's life begins. Its effect is to give a soundly based, factual and detailed account of the early and more worldly career of the man later famous as a recluse. The appendices give nearly two dozen letters and essays written between 1750 and 1767; nine poems, early and late; five reviews; and two letters to the Gentleman's Magazine.