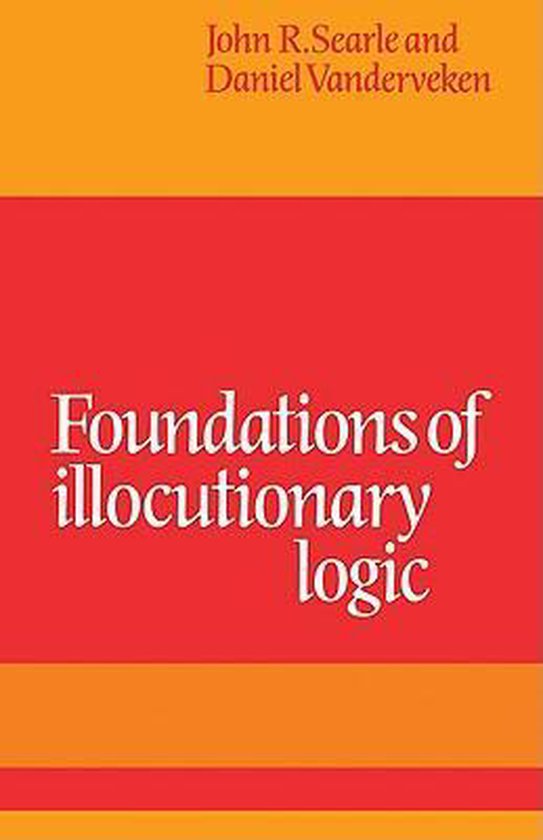 This is a formal and systematic study of the logical foundations of speech act theory. The study of speech acts has been a flourishing branch of the philosophy of language and linguistics over the last two decades, and John Searle has of course himself made some of the most notable contributions to that study in the sequence of books Speech Acts (1969), Expression and Meaning (1979) and Intentionality (1983). In collaboration with Daniel Vanderveken he now presents the first formalised logic of a general theory of speech acts, dealing with such things as the nature of an illocutionary force, the logical form of its components, and the conditions of success of elementary illocutionary acts. The central chapters present a systematic exposition of the axioms and general laws of illocutionary logic.