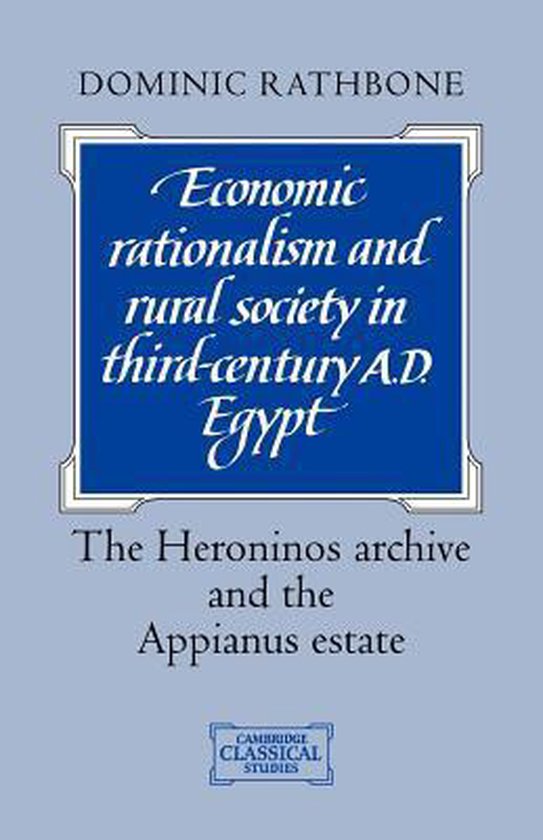 This book reconstructs the life and workings of the Appianus estate in the Fayum district of Egypt under Roman rule in the third century AD. Basing his study on the extensive documentary evidence of the Heroninos archive, consisting of hundreds of letters and accounts on papyrus, Dr Rathbone examines first the nature of rural society at the time, and in particular the status of estate owners, their relations with their upper-class managers and the social and economic position of the estate's workforce and outside contacts. He then looks at the organization and running of the estate, the production and marketing of its crops and centrally directed transport system, and, above all, its use of credit arrangements and its system of accounting. This was one of the most sophisticated yet known in the ancient world and the author uses this example of economic rationalism to challenge the common belief that economic thought and practice were uniformly 'primitive' in the ancient world. Appendices include an index of all the published texts of the Heroninos archive, and two of Heroninos' accounts with an English translation.