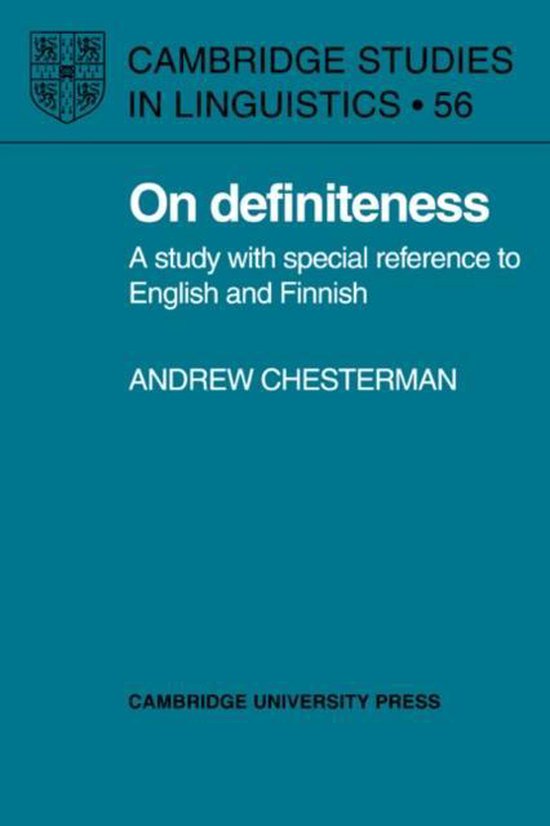 This 1991 book proposes a theory of definiteness in language. It argues that definiteness should be viewed as a cover-term comprising three basic oppositions within the areas of familiarity (locatability), quantity (inclusiveness) and generality (extensivity). Further, the oppositions are not discrete but scalar, and lend themselves to characterization in terms of fuzzy theory. Dr Chesterman examines these themes, firstly by drawing on several traditions of research on the rich system of articles in English, and then by looking at how the concept of definiteness is realized in Finnish, a language which has no articles and typically leaves definiteness to be inferred by a variety of means. On Definiteness provides a thorough and sensitive discussion of an intricate semantic problem. It highlights two important theoretical points: the fuzziness of the linguistic concept of definiteness and the differences between languages in the way in which they draw the line between syntax, semantics and pragmatics.