From the Jaws of Victory 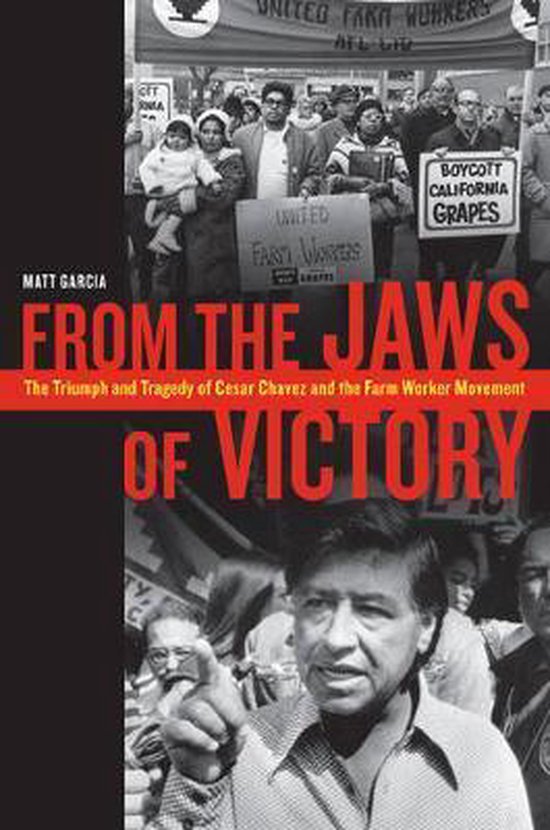 From the Jaws of Victory:The Triumph and Tragedy of Cesar Chavez and the Farm Worker Movement is the most comprehensive history ever written on the meteoric rise and precipitous decline of the United Farm Workers, the most successful farm labor union in United States history. Based on little-known sources and one-of-a-kind oral histories with many veterans of the farm worker movement, this book revises much of what we know about the UFW. Matt Garcia's gripping account of the expansion of the union's grape boycott reveals how the boycott, which UFW leader Cesar Chavez initially resisted, became the defining feature of the movement and drove the growers to sign labor contracts in 1970. Garcia vividly relates how, as the union expanded and the boycott spread across the United States, Canada, and Europe, Chavez found it more difficult to organize workers and fend off rival unions. Ultimately, the union was a victim of its own success and Chavez's growing instability. From the Jaws of Victory delves deeply into Chavez's attitudes and beliefs, and how they changed over time. Garcia also presents in-depth studies of other leaders in the UFW, including Gilbert Padilla, Marshall Ganz, Dolores Huerta, and Jerry Cohen. He introduces figures such as the co-coordinator of the boycott, Jerry Brown; the undisputed leader of the international boycott, Elaine Elinson; and Harry Kubo, the Japanese American farmer who led a successful campaign against the UFW in the mid-1970s.