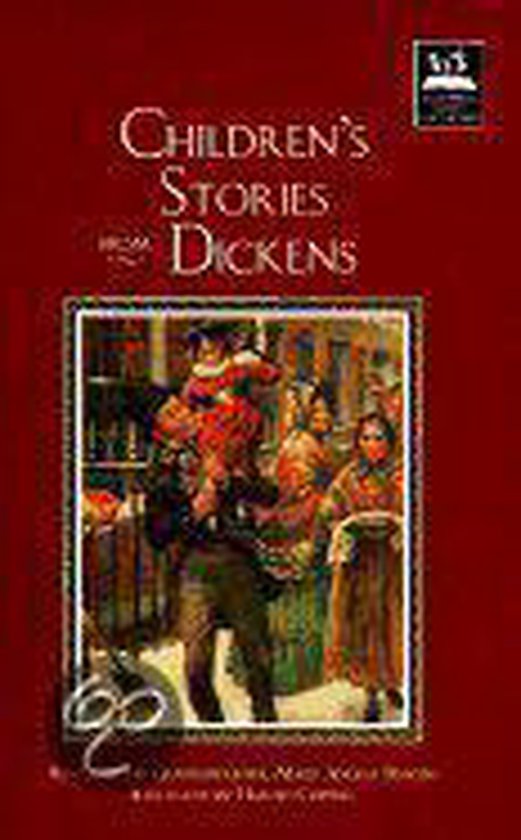 Charles Dickens, who was born in 1812, is considered one of the greatest of English novelists. Certainly he is the most popular. Not only did he have an important place in nineteenth-century literature, but he was also an outspoken and influential critic of society. He wrote fifteen novels as well as a number of stories and Christmas books. In lots of these children were important characters.
In his day, no one understood children better than Dickens, and he was the first writer to describe what children thought and felt and to capture the way they spoke. And he was not afraid to write about the hard and sad lives that many children led.
In the stories in this book, which have been retold by Charles Dickens's granddaughter, Mary Angela Dickens, you will meet some of the children who appear in the works of Charles Dickens.
There is Oliver Twist, who had many misadventures after he escaped from the terrible workhouse where he was born, and David Copperfield, the hero of Dickens's most popular novel, much of which records his own experiences. Little Paul Dombey is the young son of Dombey and Son, and Amy is the heroine of Little Dorrit.
On these pages, you'll also make the acquaintance of Tiny Tim, from A Christmas Carol, the fat boy from The Pickwick Papers, Jenny Wren from Our Mutual Friend, and the blind little toymaker from The Cricket on the Hearth, and Little Nell and the marchioness from The Old Curiosity Shop.
Howard Copping's wonderful paintings and drawings bring Dickens's fascinating characters, both young and old, to life.