A Boatload of Madmen 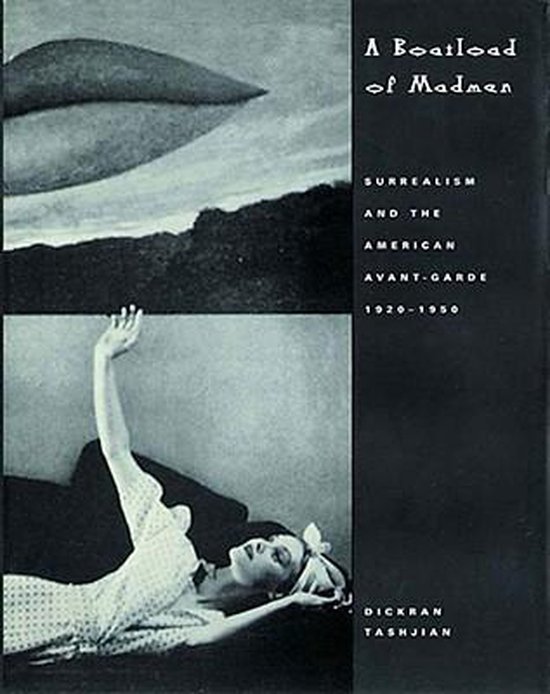 In 1932, against the troubled background of the Depression, the American art community had its first glimpse of the revolutionary art of the Surrealists. Combining a fascination for Freud's new symbolic language of dreams with a radical utopianism, the Parisian movement galvanized an emerging American avant-garde. New galleries opened to exhibit the terrifying, insane works of Surrealist artists, and new magazines sprang up to publish a startling crop of Surrealist poetry, criticism, and vociferous attacks on mainstream culture and politics.Four years later, a major Surrealist exhibition at the Museum of Modern Art in New York catapulted Surrealism into the cultural limelight. Soon the art of Man Ray was selling cologne and swimwear and Salvador Dali was designing shop windows and a pavilion at the 1939 New York World's Fair. Andre Breton and his circle, exiled in Manhattan during World War II, were unable to assert control over this new kind of Surrealism. If anything, their cultural dislocation in these years gave Americans the edge in developing new Surrealist concepts and movements such as Abstract Expressionism.This innovative and vividly written cultural history tells the story of Surrealism's remarkable sea change during its years in America, from a fiercely leftist, strongly literary avant-garde movement into an apolitical, almost exclusively visual style. Exploring both high and low cultural perspectives, Dickran Tashjian shows how the American avant-garde selectively filtered and reshaped European Surrealism to meet its own agendas, and how it in turn was reinterpreted, depoliticized, and commercially exploited by mainstream American culture and thefashion/advertising industry.