Major Problems in the History of North American Borderlands 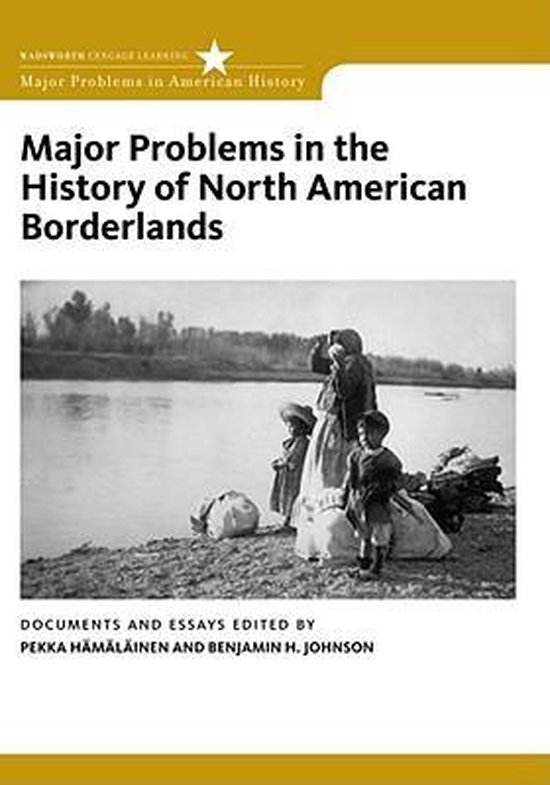 Designed to encourage critical thinking about history, the MAJOR PROBLEMS IN AMERICAN HISTORY series introduces readers to both primary sources and analytical essays on important topics in American history. The collection of essays and documents in MAJOR PROBLEMS IN NORTH AMERICAN BORDERLANDS surveys the North American past from the point of view of its borderlands. The essays and documents discuss people and events readers may find familiar, such as the founding of early European colonies, U.S. independence, the War of 1812, the U.S.-Mexican War, and Prohibition, but less widely-known events and actors--expanding native peoples, the Bourbon reforms of the Spanish Empire, fleeing slaves and servants, border surveyors, the Mexican Revolution, and key U.S. immigration legislation--also take center stage. In one sense this volume is clearly a work of U.S. history, but it is also Canadian and Mexican and native history with an overriding theme that we must take into account the meetings of different peoples and nations if we are to understand our past and present. This text presents a carefully selected group of readings organized to allow readers to evaluate primary sources, test the interpretations of distinguished historians, and draw their own conclusions. Each chapter includes introductions, source notes, and suggested readings.